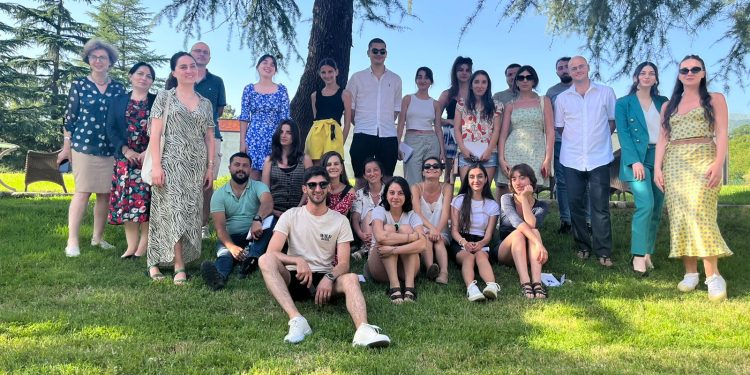 Since Georgia has regained its independence, many important steps have been taken towards tackling problems such as minority rights protection. However, there is still much to do in Georgia on this issue, and sharing experiences with and about other countries is crucial.

It was in that context precisely that, from 10 to 14 July 2022, a summer school on “Challenges and Opportunities for Multicultural Democracies” was held at Lopota Lake Resort. The main organizer of that project, which saw 22 Georgian students participate, was Prof. Sean Mueller from the University of Lausanne, Switzerland. He collaborated with Professor Nenad Stojanovic from Geneva University, Switzerland, as well as three Georgian Universities: Tbilisi State Universtiy (TSU), Caucasus University (CU), and the Georgian Institute of Public Affairs. The summer school discussed and explored democracy in the context of ethnic, linguistic, and religious heterogeneity. Its purpose was to provide the participants with the language and tools that are necessary to (re)design democratic institutions so that both unity and diversity are adequately safeguarded. The Georgian faculty included Professor Irine Kurdadze of the International Law Institute, TSU; Professor Guranda Chelidze, CU; and Ms. Nino Gozalishvili, PhD candidate at Central European University together with Revaz Topuria, Lecturer at Free University & University of Georgia. 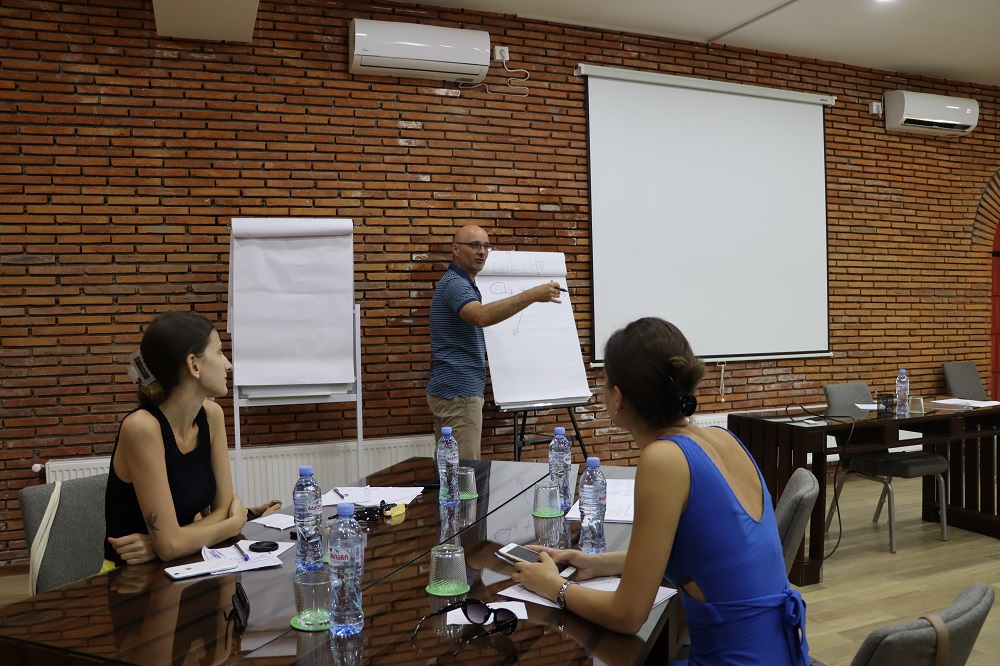 The 22 participants included students from four different universities in Tbilisi as well as members of some of Georgia’s many ethnic, linguistic and religious minorities. Over four days, the students were exposed to practical and theoretical knowledge on federalism, direct democracy, electoral systems, legal instruments, and potential solutions to cultural challenges to living together peacefully and prosperously. 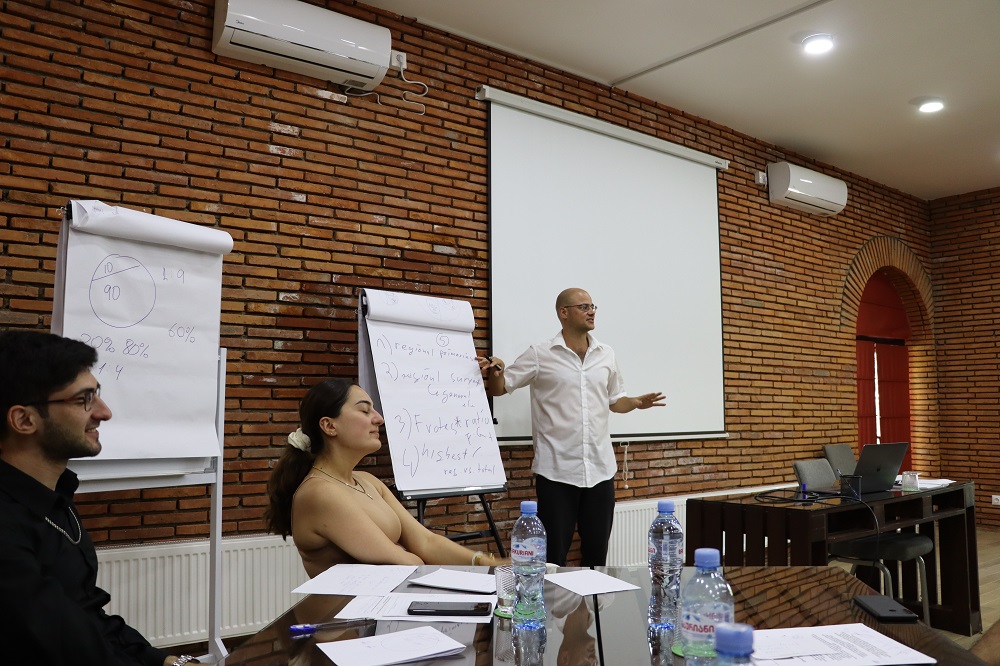 The two Swiss professors also shared their knowledge on the Swiss political system. They spoke at length about the role, nature and place of minorities in Switzerland; democracy in a context of ethnic, linguistic and religious heterogeneity; and problems as well as solutions to overlapping or crosscutting cleavages. Prof. Irine Kurdadze delivered a lecture on minority protection according to universal (UN) and regional (COE) instruments. She also dealt with the question of empowering and enhancing the conditions of ethnic minorities. Professor Guranda Chelidze’s lecture reviewed the ethnic diversity of Georgia in a historical perspective and discussed Georgia’s policies towards ethnic minorities, highlighting current problems and developping recommendations together with the students. Nino Gozalishvili’s lecture, finally, concerned the issue of disinformation, that is the spread of deliberately false and intentionally harmful information, as a particular challenge to trust and cohesion in transitioning democracies. Various group exercises permitted the students to come to terms with the different issues and propose specific solutions themselves. 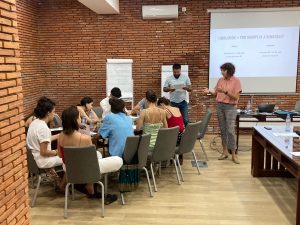 On Day 2 of the summer school, the Swiss Ambassador to Georgia, Her Excellency Heidi Grau, attended the afternoon session and spoke informally with the students about their and her own experience and views. The Ambassador said she was impressed by the motivation and passion of the attending students. She particularly welcomed the effort by Professors Mueller and Stojanovic and expressed the hope that this was the first of a regular chain of events of this kind, allowing for better understanding and raising awareness in multiple regards.