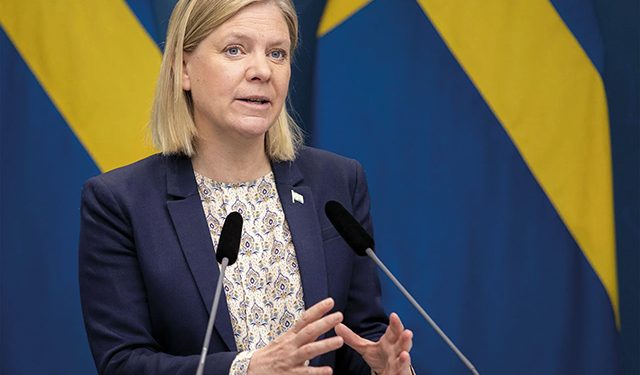 Sweden has said it will live up to the terms of the trilateral agreement signed by Sweden, Finland and Turkey over the Nordic countries’ NATO membership applications, Swedish Prime Minister Magdalena Andersson said Tuesday.

Russia’s invasion of Ukraine prompted Sweden and Finland to abandon their nonaligned status and apply to join NATO amid Europe’s worst security crisis in decades.

Sweden and Finland joined the European Union together in 1995 and gradually aligned their defense policies with the West.

The pair avoided joining NATO outright, but that changed when Russia invaded Ukraine this February, and convincing Turkey to let them join involved negotiations over extraditions.

“The cases of extradition that are being processed in Sweden will, of course, be processed according to Swedish and international law,” said Andersson. “That is also something we agreed upon in this memorandum of understanding.”

Extradition cases have been one of the central points of contention between Sweden and Turkey. Turkish President Recep Tayyip Erdogan had previously threatened to veto Sweden and Finland’s NATO membership requests, accusing the two countries of harboring members of the separatist militant Kurdistan’s Workers Party, also known as PKK.

Erdogan had said that Sweden promised to extradite 73 people to Turkey because of the memorandum, which stipulates that Sweden and Finland will address Turkey’s pending extradition requests of terror suspects in accordance with the European Convention on Extradition.

Speaking alongside Andersson, Scholz said those states that hadn’t yet ratified Sweden and Finland’s respective bids would do so soon, “including Turkey.”

“The agreements that Sweden and Finland have reached with Turkey show a good way forward,” Scholz said, adding that he was looking forward to seeing Finland and Sweden in NATO and NATO needed the Nordic nations as partners.