Support for Saakashvili Shown in Tbilisi and the Regions 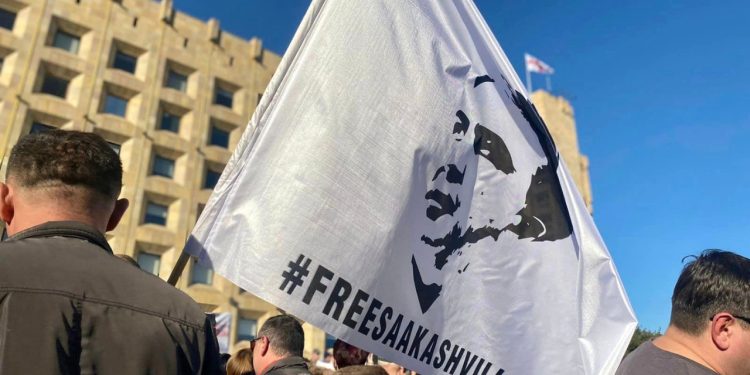 Solidarity rallies for the third president of Georgia, Mikheil Saakashvili, were held yesterday throughout Georgia.

Participants expressed their support for Saakashvili at several locations in Tbilisi, some gathering at the Peace Bridge and unfurling a banner reading “For Misha’s Life” from the bridge.

Organized by Levan Khabeishvili, one of the candidates for the chairmanship of the United National Movement, citizens gathered at the Georgian Government Administration, after which they marched towards the business center of the former Prime Minister of Georgia, Bidzina Ivanishvili.

The main demand of the rally was to “take Mikheil Saakashvili abroad for treatment” and “save his life”.

In addition to Tbilisi, rallies in support of Saakashvili were held in Shekvetili, Batumi, Kutaisi and Zugdidi. During the day, solidarity with the third president of Georgia was also expressed in different cities of the world.