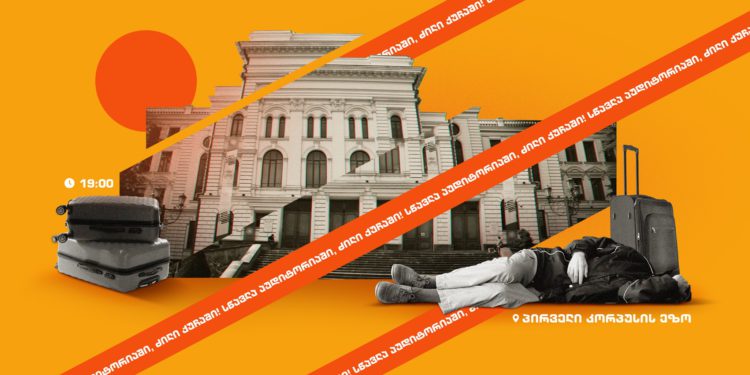 After two years of online studying, most universities have returned to normal life and students finally got to experience On-Campus studies. Yet, even though many of them have returned, some are not able to do so. The reason is being that after the Pandemic and its devastating effect on Georgia’s economy, another disaster appeared – The Russo-Ukrainian War.

Besides the increased prices of products on the market, the arrival of migrants from Russia and Belarus has affected the prices of houses for rent as well. Even though most Universities didn’t change their decision to open their doors, some chose to implement the hybrid method, which would allow students to attend lectures at the campuses or online. But for some, it was not a solution – Tbilisi State University (TSU) among them.

On February 18, TSU announced their decision that students must return to On-Campus studying. It was before the war. When the war began, many students thought that the university would keep it in mind and change their decision or at least offer the hybrid method again. No changes made students come out to protest with two main demands – To start studying with the hybrid method and to improve the living environment in dormitories. 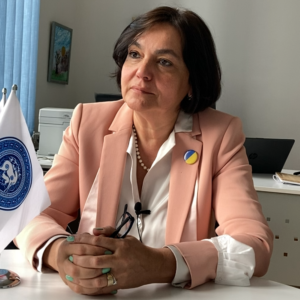 We met TSU Vice-Rector for Research, Professor Nino Okribelashvili, to tell us about the position of the University on the students’ demands.

“The University was ready, even though the number of rooms for students at dormitories is not huge. The fact that some of the rooms are still empty confirms that students were not mobilized, they were not willing to return to normal life. With regards other options, as I know, the University itself is going to organize charity movements to accumulate enough money to help those students who are in most need.”

For students who protest in front of the historic, first building of the University, this position is less serious. As one of the leaders, Ilia Chanturia said, when it comes to spending money on students, the University tends to complain about its resources. From its budget of 100 million, money can always be funded wisely, but, for example, they spent just 750 GEL on online seminar events. 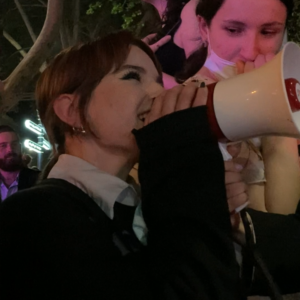 One of the protesters, student Anna Zakaraidze remembered the announcement the University made in 2018. According to the agreement, with the support of international and local investors, the University would build a new “Student City” with the capacity of 3000 students, but no-one has ever seen the project finished. She says the University is turning a blind eye when it comes to its broken promises, but when it’s about students, they are quick to criticize.

Along with the demand to improve the environment in dormitories, students have another for the University – to implement the hybrid method. We asked the Vice-Rector to tell us if the University is planning to take it into account. She said that the hybrid method is already implemented in the Faculty of Medicine and STEM programs. Students have lectures online, but attend the laboratory studies at the campuses.

“How about the hybrid method, as students mean it, it is not just about the students. It’s about the specifics of the program. Can you imagine what will happen if programs that require medical practice are held both in online and offline formats? This hybrid model was very useful and important when we were in the lockdown.”

We asked her what those students should do, who won’t have a chance to buy or rent a house in Tbilisi? The professor responded that if students have such problems, the University has an alternative that will help them a lot.

“According to the grading system, a decisive number of marks are given to students, depending on mid-term and final exams. Students cannot just overcome the threshold, but get around 70 points, which is enough in this extreme situation.” 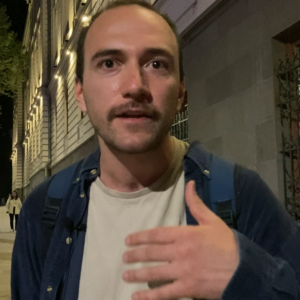 When we asked students about this alternative, given by the University, their response was very anti. They said that this option confirms that they do not care about studying, and it is marks and grades, that matter to them.

On May 2, On-Campus studying started at TSU. Even though students continue protesting, the University doesn’t seem set to change its decision, as long as they have given students an alternative, they consider they have responded. But, what about the promised “Student City” which would fix many of the problems? It is yet to be decided who will take responsibility for this broken promise.