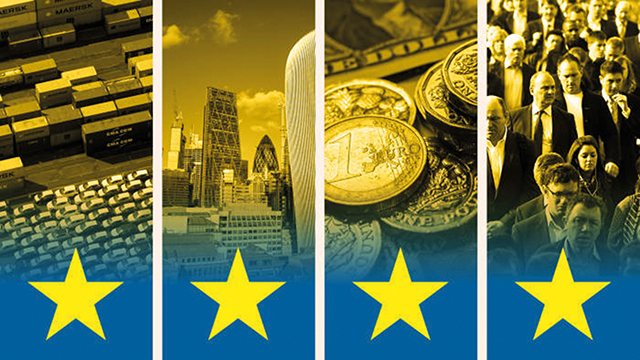 Alongside American developments, ongoing events in the Euro-Atlantic military and political community also require our constant observation. For example: does the shifting of U.S. geopolitical priorities towards the Indo-Pacific region threaten a loosening of Washington’s attention on European matters? This development might be accompanied by a possible decrease of resources for the promotion of U.S. interests in Europe, but the most important aspect of this is the risk that, as a result of American interests being “unfastened” from Europe, cracks will appear in the U.S. pursuit of its Euro-Atlantic interests (or that already existing cracks will widen). It would obviously be very naïve of the United States to shun European affairs, but the most thought-provoking aspect is that Washington’s so-called “red lines” with regard to Russia and other “front-line” countries (and notably Georgia and Ukraine) remain relatively vague and insufficient. We must also consider that this dearth of clear Western geopolitical lines with regard to these countries is directly proportional to the growing intervention in its neighbours’ sovereign interests by their common aggressor. Moreover, instead of a realistic evaluation of the situation, certain Western states remain incapable of evolving beyond their Yeltsin-era perceptions of Russia; and initiatives such as, for example, the French-German proposition to renew a dialogue with Russia in a “27+1” format are a direct indication of this problem. I will be courageous and add that, even against the background of such indications as these, weakening the voice of the United States in the overall European agenda (as well as shifting sole or unequal responsibility to the countries of Europe) might harm long-term Euro-Atlantic interests as well as Georgia’s future prospects.

But all this should not lead us to believe that Tbilisi should officially oppose dialogue between its Western partners and the Kremlin. Of course it should not. Problems in relations can only be overcome by finding a common language between parties—yet, at the same time, we should never hesitate to point out that, for such a dialogue to be efficacious, at least two conditions must be met. The first of these is the prosecution of a clear and effective Western policy towards Georgia (and Ukraine and presumably Moldova as well), three countries that are currently suffering from the “geopolitical ambiguity“ of Europe’s half-measures; and the second is freeing them from the (unintentional) evaluation by certain Western countries or political circles of Georgian and regional issues through the Russian informational and geopolitical prism (e.g. it is time to refer to the conflicts on Georgian territory as “geopolitical” and not “ethnic”). If this is not done, especially given current conditions, the final unification of our interests with those of the West in the region will be even further delayed. At the same time, both Georgia and the West should be aware of the very specific and time-conscious criteria that can turn our civilized unity into a formal alliance. We should also all keep in mind that the current geopolitical narrative is a battle whose main essence is to rid ourselves of the influence of ideological “isms” (or to gain influence over them), and in this battle the decisive factors are force, courage and ability—and not groundless rhetoric and endless appeals to senseless values.

In a word, observing current global dynamics, my critical conclusion would be the following: we must first of all bear the responsibility for our own country on our own shoulders, and as a counterweight to effective help and support from others, we should revive hope in ourselves and believe in our own potential.

Into a new reality in a new way
Given the fact that the global order is being rearranged in such a way that the process gives rise to more questions than answers, and that emerging challenges prevent us from properly assessing this rearrangement, Georgia’s task is both easy and complex. Formulating this task is the easy part: the country must maintain herself as an interesting space for the investment of political, economic and human resources, with the aim of ensuring her safety and development and avoiding the risk of Tbilisi remaining a merely peripheral recipient of such resources. However vague this formulation may seem to some, I believe that, given current regional and global changes, the greatest meaning and value lies in enjoying the flexibility to adjust our decisions in the pursuit of our interests. The goals of improving our security and developing our economy should match those geopolitical or political configurations or variants (within the framework of our main civilized choices) that will serve the modernization and success of the Georgian state for the sake of its citizens’ welfare. A country being self-sufficient, resilient and responsible is not only in the interest of its own citizens but also in that of its international partners. As for the complexity, this is mostly linked to the difficulty of making concrete decisions on the path to achieving these main goals—i.e. dealing with the so-called “details”. We obviously all have our own ideas of what these “details” are, and Georgia’s information space is sated and clouded by these different perceptions—some of which are grounded in reality, and some not. In order to avoid further clouding, I shall therefore spare the reader my version of this “detailization”; and it would in any case have been pretentious to compile a comprehensive list in this article. Equally noteworthy is the fact that, since various projects of the 1990s (when the country’s transport potential was increased; the “Train & Equip” program was carried out; the country’s strategic foreign course was established) and with the continuation of a range of initiatives (the signature of an association agreement with the EU and a strategic charter with the U.S.; the “Associated Trio” project was carried out; the NATO-Georgia “substantial package” was adopted; etc.), I would mention as urgent priorities several steps such as: more integration into the “Crimea platform” in order to build additional layers of information and propaganda concerning Georgia’s occupied territories; deepening cooperation within the framework of the “Associated Trio” by turning the so-called “Four Freedoms” of the EU (free movement of goods, capital, services and people) into the Trio’s defining principles (and soon inserting a security component); discussing various possible bilateral frameworks for defense cooperation as well as the activation of the Black Sea factor, based upon which consultations with partners on political and security algorithms (e.g. the earlier mentioned Black Sea Declaration Platform) could be launched.

Therefore, if we are to gain a competitive space for our country in tomorrow’s international system, there are already a number of “details” that are being (or that need to be) considered. However, one very often has the feeling that the manner in which current events are being handled is either somewhat belated or lacking in quality (or both). That said, I believe that this feeling is perhaps quite normal when one has the ambition to achieve more (or something more grandiose). And yet, this feeling of unease becomes one of alarm if precious time is being lost and valuable possibilities are being wasted.

One of the most important aspects, and one which should give us all hope, is the realization that losses and benefits are shared in this process of promoting our country. This fact should of course not come as a surprise, since despite various events, attitudes towards each other, the diversity of our ambitions and tastes and existing differences—every single one of us, whose identity is linked to the Georgian state, should always consider both today and tomorrow. These thoughts should unite us and encourage us to develop a common language and identify the most promising path to follow towards our common future; this what we must do if we are to turn idealistic perceptions into realistic actions.