“Steel Revolution” – a Blessing or a Curse for Pashinyan? 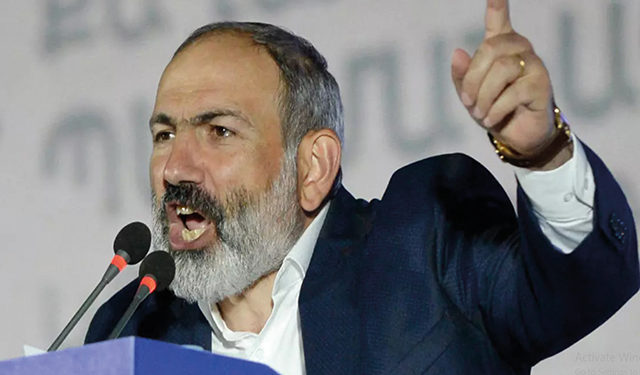 Early parliamentary elections were held in the Republic of Armenia on June 20. Due to a number of factors, we have to consider this to be one of the most important events in the recent history of the country.

The June 20 parliamentary elections were the first since the Second Karabakh War, which Armenia promptly lost, and which led to the, status quo that has been in its favor for decades, change in favor of bitter rivals Azerbaijan.

This also was the first parliamentary elections since 2018, since their much-lauded Velvet Revolution. Consequently, June 20 was another chance for Armenia to hold consecutive free and competitive elections.

This election was also marked by the participation of all the leaders of the independent Armenian state: former presidents Levon Ter-Petrosyan, Robert Kocharian, and Serzh Sargsyan, and incumbent Prime Minister Nikol Pashinyan.

The elections were especially dramatic given the fact that it was difficult to predict its outcome in advance, as no force was guaranteed victory.

The snap elections on June 20 seemed inevitable as the only event to likely defuse the political crisis that the country found itself in as a result of the Second Karabakh War. A large part of the Armenian population perceived the Russian-brokered agreement as shameful capitulation, which put the country’s very existence on the brink.

Many suggested that Pashinyan’s government would not be able to overcome the post-war crisis, and that the government, which had come to power through a peaceful revolution, would be overthrown by a violent revolution on emotional grounds. This assumption was based on the events on the streets of Yerevan, as well as the tension between the military and political leadership, which eventually ended with the PM dismissing Chief of General Staff Onik Gasparyan.

The election was difficult for both the incumbent Armenian government and its opposition. The main problem of the government, obviously, was the consequences of the second war in Karabakh. For Armenian society, defeat in the war remains a festering wound to this day, and it is unlikely that its outcome will be forgotten in the near future. During the election campaign, the opposition mainly appealed on this issue. However, in addition to Karabakh, the issue of further Armenia-Azerbaijan relations became an additional headache for Pashinyan. After the victory in the war, Baku’s rhetoric towards Armenia and against Pashinyan personally became even harsher and more radical, laced with taunts and ridicule. Added to this was the protracted problem of the release of prisoners and the difficulties that arose directly on the Armenian-Azerbaijani border.

In May of this year, it was reported that 250 Azerbaijani soldiers had crossed the Armenian-Azerbaijani border and penetrated into the territory of the Republic of Armenia at a depth of 3.5 kilometers. Their goal was to capture Lake Sev (almost 80% of which belongs to Armenia and 20% to Azerbaijan) almost completely. The situation became so tense that the Armenian authorities called on the Kremlin to start consultations with Azerbaijan in the format of the Collective Security Treaty Organization (CSTO).

In the already difficult situation, creating additional problems for the Pashinyan government after the war and in the pre-election period, it was suspected that Azerbaijan’s actions were pre-arranged with Moscow and aimed at weakening the positions of the incumbent government as much as possible.
The issues felt by the current Armenian government were not only limited to the lost war with Azerbaijan and the subsequent difficulties. The revolutionary government had failed to justify the trust of the population in many matters. Among them, anti-corruption reforms could not be implemented at a sufficiently rapid pace, nor could an effective judicial reform, and all of this was compounded by the consequences of the Covid-19 pandemic, which was particularly severely felt in Armenia.

The Russian factor was also a significant challenge for Pashinyan. Although he tried to distance himself from the Kremlin without deteriorating relations, by the end of 2020, he had got into a situation in which Armenia had become even more dependent on Russia. In addition, as mentioned above, Russia continued to create difficulties for it with the help of Azerbaijan even after the war.

Despite the challenges the current government was facing, the opposition wing found itself in no less of a turmoil. First of all, it had precious little to offer the population other than a vendetta against the scapegoat PM. The chances of Levon Ter-Petrosyan (Party of the Armenian National Congress), one of the three former presidents of the country, were slim from the very beginning, as he was left behind by political processes. At the same time, both Sargsyan and Kocharyan embodied the old, corrupt regime. A criminal case was also launched against the latter on this charge. Another force that hoped to cross the threshold was Gagik Tsarukyan’s “Prosperous Armenia.”

The only rallying point for the opposition was the defeat of Armenia in the Second Karabakh War, although no-one has yet offered a concrete vision of how the status quo could be changed. Thus, the opposition’s chances rested on the hope that they could “stoke the fire” so that “angry people” would not allow a force defeated in the war to remain in power.

The opposition issue was the high degree of polarization, infighting and fragmentation. They failed to create a united front against Pashinyan, largely due to the political pasts of the opposition leaders. Simply put, they hate each other far more than they all hate Pashinyan.

In the current reality, the people of Armenia were faced with a seemingly simple, but still incredibly tough choice: to choose a leader who had become the epitome of a corrupt past, or to choose the present in the form of Nikol Pashinyan, who was defeated in the war.

Public opinion polls showed that only Kocharyan’s alliance could really mount any resistance. In seven public opinion polls conducted between March and June 2021, Pashinyan’s “civil contract” had the highest rate in March, at 31%, while Kocharyan’s result was only 6%. In the following period, these numbers got closer, and according to the results of the last poll conducted in June, it was 28.7 – 25.2 in favor of Kocharyan.

According to Armenian election legislation, a party must cross the 5% threshold and the bloc a 7% threshold to enter parliament. A “solid majority” is required to form a government, 54% of the seats. This is the number of seats that must be won by the winning party or the post-election coalition. Under the same legislation, a third-place force must be represented in parliament, regardless of whether it has crossed the threshold imposed. In case the winning party does not have mandates to form the government and a governmental coalition cannot be formed, a second round is appointed, in which the two parties with the best results participate.

Despite numerous difficulties, Nicol Pashinyan was able to win the June 20 elections. He received exactly the number of votes needed to form a government: 54%. The second-placed Kocharyan bloc won 21% of the vote. Although he could not cross the 7% threshold set for him, Serzh Sargsyan’s alliance will also be represented in the National Assembly by 6 deputies.

Although Robert Kocharian is distrustful of the election results, it is hard to imagine that this will create a severe political crisis, as neither the international community nor the citizens of Armenia have a problem with the legitimacy of the elections. It can be said that there was a general national consensus on these elections from the very beginning that the winning political force would have a strong legitimacy.

Pashinyan dubbed the election victory a “steel revolution” and vowed to establish the rule of law. The main challenge for his government in the coming years will be to fight corruption, establish the rule of law and tackle economic problems. In a short time, despite the defeat in the war and other acute problems, he has gained the trust of the Armenian voters for a second time, therefore the expectations and demands towards him will be no less high than after the 2018 elections.

Despite the victory, Pashinyan will not be able to relax. He received 16% and 16 seats less on June 20 than in 2018. His main opponent in parliament will be a 20% pro-Russian political force instead of eight, whose leader has extensive experience in politics and power. According to Armenian analysts, this factor is to become the main lever of pressure on the Kremlin as well.

Winning the election is both a blessing and a curse for Pashinyan. He was able to survive as a political leader and ruler, although he will have to run the country in the most difficult conditions, which includes the consequences of the Second Karabakh war, as well as the complicated legacy left before the Velvet Revolution, which he has not been able to overcome.

It is also noteworthy that 70% of the citizens who voted for Pashinyan in the 2018 elections voted in favor of his ideas, the revolution, and now a solid 54% voted for the lack of a better choice. On the one hand, this points to the high and growing political culture of the citizens of Armenia, because they did not make a choice in favor of the past against such a difficult emotional background. On the other hand, the biggest challenge for Pashinyan is that these citizens will have a strong reaction to each of his new mistakes, and the achievements may be met with less enthusiasm.