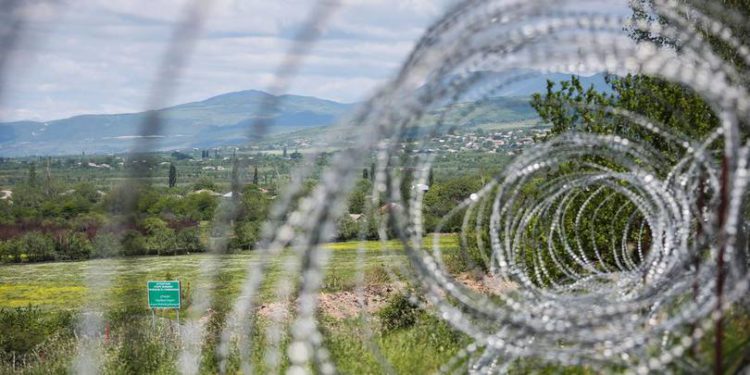 “The main threat to Georgia in 2020 was the occupation of Abkhazia and Tskhinvali by the Russian Federation,” said Alexi Batiashvili, First Deputy Head of the State Security Service of Georgia, while presenting the 2020 report of the SSSG to the Parliament.

At the joint sitting of committees in the Parliament of Georgia, the Deputy Head of the State Security Service reviewed the occupied territories and the security environment on the ground. He said that official Moscow continued the policy of factual annexation of the occupied regions and facilitated the process of alienation of the population divided by the occupation line. Militarization and military exercises were actively carried out on the ground.

He noted that against the background of the new coronavirus pandemic, the fundamental rights of the ethnic Georgian population were further restricted and their condition worsened.

The Deputy Head of the State Security Service focused on the militarization of the occupied territories.

“Military exercises of the occupation forces continued with high intensity. According to available data, units of the 4th and 7th military bases of the Southern Military District of the Russian Federation conducted more than 120 exercises. Russian occupation forces and heavy military equipment illegally deployed in the occupied regions are damaging the security environment on the ground, which is a regional threat and an international challenge,” said Alexi Batiashvili.