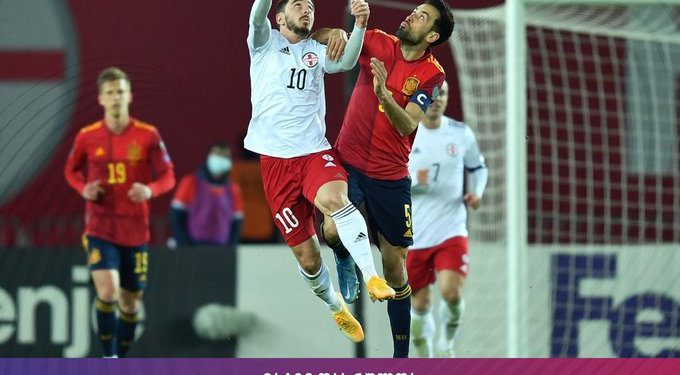 Spain has defeated Georgia’s national football team 2:1 in World Cup qualifying on Sunday, at the Mikheil Meskhi stadium in Tbilisi.

Georgian footballer Khvicha Kvaratskhelia scored a goal in the 44th minute in the first half.

Georgia will hold the next match against Greece on Wednesday.

We dust ourselves off and move on to the next game.#GEOSPA pic.twitter.com/TLDy6Y1T2m