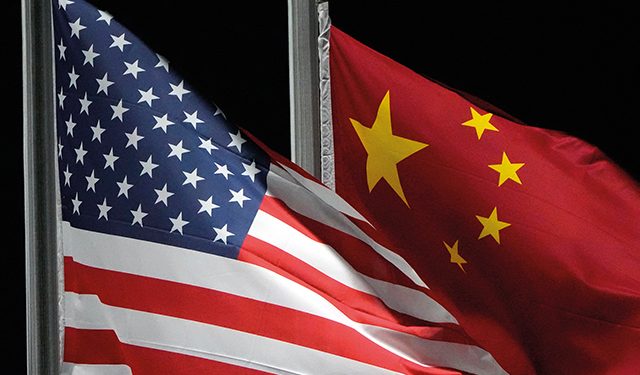 The world is experiencing a gradual shift from unipolarity to multipolarity, and it touches upon the South Caucasus and the three Eurasian powers around it – Iran, Russia, and Turkey. Moreover, the region’s geography puts it under the radar in Beijing, which means that there is some level of emerging Chinese influence in the South Caucasus. Furthermore, no story about the geopolitics of this crucial region can be complete without understanding the drivers behind the US’ and EU’s policies. Therefore, the South Caucasus is witnessing tectonic changes in the global distribution of power.

Indeed, the changing global order affects the South Caucasus in multiple ways. It causes deep fracturing within the region when each of the three small states is associated with one of the regional powers or a distant great power. The process has accelerated over the past several years, with the roots going back to the early 2000s, though it could also be argued that it all began following the implosion of the Soviet Union in 1991. Now the intense fracturing of the South Caucasus prevents the establishing of a comprehensive vision for security and development of the region. And this concerns not only the West and the projects it supports, but also puts limits on Russian and Turkish visions for unencumbered trade and energy flows and unhindered operation of railway, road and pipeline infrastructure. But while the deep fracturing impacts all large players, it is the collective West, due to its geographic distance and resistance from the regional players, that loses the most. Indeed, despite critical differences Iran, Russia, and Turkey have freer hands in attaining their geopolitical goals in the South Caucasus. Geographic proximity aides profusely, as do close cultural and historic connections. But most of all, the three are motivated by the need to limit the Western presence. This was well evident during and in the wake of the Second Nagorno-Karabakh War, when Ankara, Moscow, and Tehran were mostly in line regarding the Western interests.

I call this process “regionalization,” whereby the three regional powers tend to exclude third powers from the region and deal with security and economic matters of the South Caucasus separately from the established norms which underpinned the liberal world order since 1990s. This concerns methods of peace making, economic and military cooperation. These norms have been formulated in the age of liberal ascendancy and upheld ever since by the collective West. Now they are intensively disputed.

Therefore, the South Caucasus is deeply interrelated with the ongoing changes in the global order. China and the US are entering a period of intense competition, which almost borders on evolving into open rivalry. This is taking shape in a number of ways, but perhaps a crucial area where China challenges the US and which makes it significantly different from the Soviet Union is Beijing’s successful rivalry in the technological sphere. Serving as a backbone to the US economic and military dominance, China’s growing pace of technological development would impact America’s ability to sustain its unrivaled military position in the air and oceans. What also sets Beijing apart from previous challenges to Washington’s position is the sheer size of the Chinese economy. This reverberates across multiple fronts of competition. Chinese money dissolves the Western resistance, bites into vulnerabilities the Eurasian states have, effectively undermines America’s preponderance and most of all its ability to garner necessary support from the allies. Furthermore, China’s military resurgence directly impacts America’s positions in the South China Sea and the larger Indo-Pacific region, where Beijing has invested billions in constructing or operating multiple ports, from the eastern shores of Africa to the countries near India.

Dominance over immediate waters would give China the ability to challenge the US in global waters.
This global picture is essential for our understanding of how the South Caucasus is evolving. Perhaps a major takeaway would be that no single power is now able to build an exclusive zone of influence over the region. Talks of Russia’s invincibility have proven wrong time and again, and in light of grave defeats in Ukraine, Moscow’s position is especially shaky, as Turkey and the re-invigorated collective West make inroads into the Armenia-Azerbaijan peace process traditionally dominated by Russia.

But there is also a question of smaller players Azerbaijan is now more confident, Armenia weakened, while Georgia is trying to play a more nuanced diplomatic game with the West and its neighbors. The age of the unipolar moment (Moscow’s influence) in the South Caucasus has now ended, ushering in a period of brusque changes which could change the entire geopolitical foundation of Russia’s position.