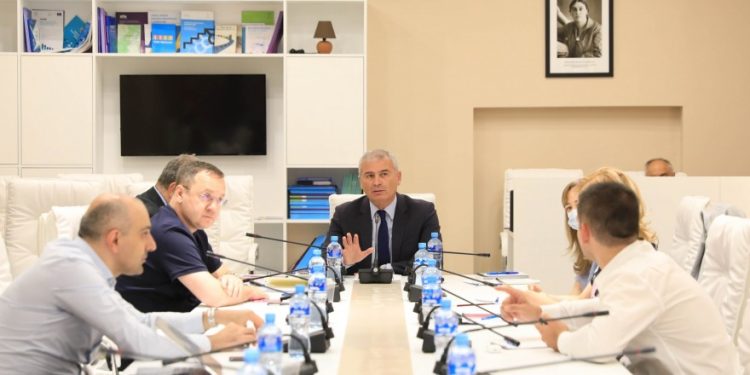 The Working Group on Parliamentary Oversight held another meeting to further discuss the mechanisms of strengthening parliamentary control in parliamentary activities as per the EC’s 12-point recommendations.

The group held a discussion on the enhancement of parliamentary oversight, including over the executive, which is regulated by the current Rules of Procedure of the Parliament.

“Today, the working group discussed the issues related to the mechanisms of strengthening the parliamentary oversight. These are several directions of control over the executive power, as well as the additional mechanisms that the Parliament has, starting with the question of the deputy, ending with a thematic inquiry or the study of normative acts, and all the numerous mechanisms that the Parliament holds as a means of control. There are roughly 72 plenary sessions held each year, and roughly half of them are scheduled with precision to apply various parliamentary control mechanisms and methods. We are debating each one of them and figuring out how to introduce improvements and adjustments,” Irakli Kadagishvili stated.

Members of the working group and non-governmental organization representatives attended the meeting.