Simple Heroes around Us Protecting Wildlife: Stories from Rangers in the Field 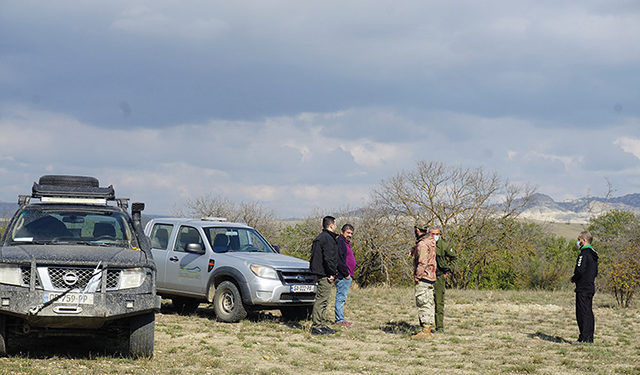 Sometimes, heroes are not only those protecting the homeland in battles and frontlines: they exist around us, are ordinary members of society, doing their jobs quietly and diligently. Here, we’re going to tell you about such heroes fighting every day to save the nature and wildlife. These heroes are rangers, who deserve their contribution and hard work to be praised accordingly.

At a time when environmental protection has never been more important for the future of our planet, the jobs of rangers have never been as vital and valuable.

Georgian rangers, just like their colleagues worldwide, are protecting the rich and endangered natural heritage of the country at the risk of their lives against the background of growing threats from the illegal wildlife trade and poaching, which is destructive for the environment.

Moreover, rangers of the Agency of Protected Areas of the Ministry of Environment and Agriculture of Georgia play an important part in ensuring the safety of tourists and those communities who live alongside animals, and in ensuring that the national parks of Georgia, distinguished by their unique beauty and biodiversity, remain safe and protected for all.

Despite their busy schedule, nature protectors willingly shared with us what motivates them to protect wildlife.

One of the most distinguished organizations working to protect wildlife in Georgia over the years is SABUKO – the Society for Nature Conservation and Birdlife Partner in Georgia. SABUKO aims to protect wildlife birds and their habitats, and to raise awareness about the value of nature and the importance of protecting it.

One of the most important projects being implemented by SABUKO is ‘Restoring Gallery Forest and Grasslands in the Iori River Valley,’ which aims to revitalize this steppe-riverine ecosystem while enabling local pastoralists to manage the land sustainably in the long-term. They also work to preserve the biodiversity of the Chachuna Managed Reserve, which has faced a severe problem of degradation due to unregulated grazing. SABUKO and its partner organizations are actively working to preserve endangered rare species of wildlife existing on the ground.

Zura Gurgenidze, Conservation Studies Officer at SABUKO, is responsible for the study and monitoring of species using camera traps.

He notes that along with other illegal activities which are harmful to nature, overgrazing can also create a difficult ecological situation for the natural reserves, as land degradation may destroy the unique biodiversity. Zura and his colleagues work hard to prevent such cases and develop new sustainable resources management skills among the population.

“I have to work in the field, which is a direct ranger activity. This also includes installing camera traps and monitoring the animals and birds. Through this and other means, including GPS, we watch the locations and living conditions of rare wildlife species. This also helps us to plan future conservation activities and change methods if there is a need to do so. We also cooperate with the Environmental Supervision Service to prevent cases of poaching and other illegal activities. 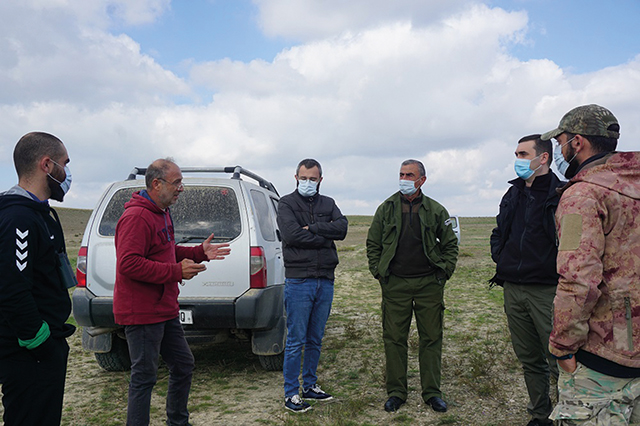 “For this, rangers and the Department of Conservation play a very important and irreplaceable role. Our team and rangers spare no efforts to monitor the wildlife and then draw up relevant action plans. Of course, this important job is also hard and risky at the same time, because they have to walk kilometers while monitoring in wild nature. However, the most pleasant part of this job for me personally is seeing the results and progress achieved; seeing how many things have changed for the better. Since 2015, I’ve spent months in a row at the Chachuna Reserve, and I can easily see the progress. These changes are so good for the nature that it makes me happy and motivates me.”

Giorgi Chikorashvili, Conservation Studies Officer at SABUKO, emphasizes the close collaboration between the rangers and the team of SABUKO, noting that sharing experience is a very important issue for the sustainable development of the protected areas in general.

“We’re actively working through joint forces to improve the environmental situation. We share with the rangers our experience of pasture management, because overgrazing and land degradation poses serious risks to the reserves and their surrounding areas. Without the rangers’ daily activities and monitoring, it would be unimaginable to control and monitor processes in protected areas and forests. Both the state and society should appreciate their contribution and assist them as much as possible, because it’s a common job and goal,” Giorgi notes.

Marinus Gebhardt, Natural Resources Manager at SABUKO, has been actively communicating with rangers and farmers and contributing to the development of new skills.

Marinus highlights the difficulties rangers have to face daily, and emphasizes the common problem of the low salaries they are paid for their hard and risky job, which itself decreases motivation among both rangers currently employed and the young generation who are to work in the field in the future. The state should take responsibility and care more about this issue, he says, as these people deserve to be paid accordingly for their heroic job.

“For our part, we’re very actively involved in pasture management. This is what rangers were not really focused on until now. They really did a great job in terms of preventing cases of illegal hunting, etc., but concerning pasture management, we’re trying to train them, teaching what they should do and where. As such, we’re giving them new skills. We often have informative talks, where we clarify the situation and existing problems. For us, rangers are really an important source of knowledge.

“Alongside other risks related to their duties, there are also cases when rangers come into conflict with shepherds who do not follow the rules. Further, their job can be very monotonous due to the strict daily routine.

“Considering all the above, they definitely deserve more appreciation and increased pay from the state, as, compared to their work, their salaries are significantly low. This would also motivate the younger generation to get involved and do this important job to preserve their country’s rich natural heritage and resources,” Marinus says. 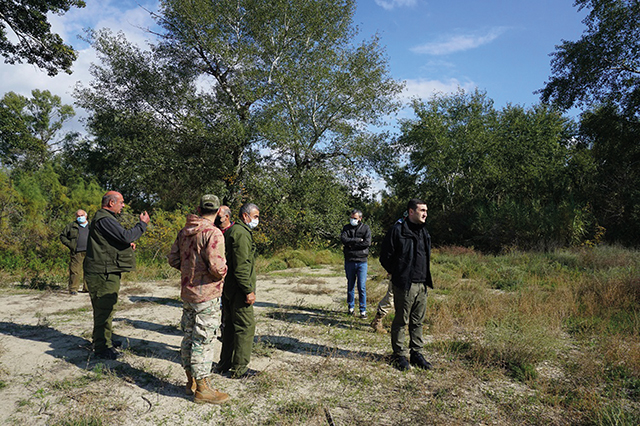 Abramishvili has been protecting the unique natural heritage in the protected areas of Georgia for 18 years. With dedicated work, ability to deal with challenges and risks, the Georgian ranger, distinguished by leadership skills in crisis management, won a well-deserved victory.

He notes that there are many risks related to working in wildlife daily, including the prospect of meeting with animals while patrolling routes and controlling poaching.

Control and monitoring are essential, says Giorgi, despite the fact that awareness among the population has risen over the years.

“The Agency of Protected Areas representatives train us, helping us to better understand, and the situation has improved. There is no transportation problem either, which is very important to us. We go to schools, conduct eco lessons, we meet the population. The population also helps us, as they see that enforcing the law and taking care of the environment is crucial.”

On being asked what it means to him to be named among the 10 best rangers in the world, Giorgi’s answer is short and simple: “I just work as an ordinary ranger, though the title is an honor, course.”