Shopping for a Storm: Svaneti 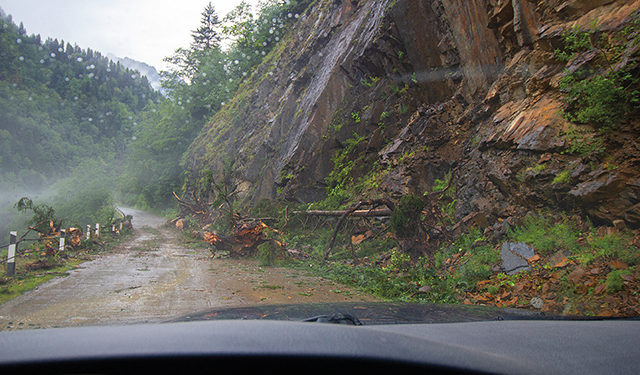 We were expecting 18 guests from Poland, and at last had also managed to find a local helper for the guest house. Being a widow, she had no husband to ask permission of, with the likely answer a refusal of what might be perceived as less than honorable work somehow. Her children are all but one no longer “in the nest”, and the remaining boy is independent enough that he could fend for himself for most if not all of a day. So she said yes, and proved to be valuable help indeed.

She and my wife did all the cooking, after drawing up a menu for supper and breakfast, nice and varied with many of the classic Georgian or Svan dishes. I helped as I could with getting beds and the space upstairs ready, as well as finishing the emptying out of two rooms downstairs which the shop’s overflow had taken over. It’s a big house, but there is only so much room. We expected our guests at the usual time of late afternoon, all together in one specially ordered minivan-bus.

However, things turned interesting once all the cooking was (most mercifully) finished. The electricity went off. This happens more frequently than one would like to admit up here, but it is free of charge in Mestia region, so we generally don’t complain. However, twilight was beginning to fall and we couldn’t reach our guests by cell phone. This usually means that they are in one of the off-footprint areas about 20 km below us, where there are no villages nearby and no coverage. So we hoped that they would arrive soon. Meantime, we gathered the candles, solar garden lights and flashlights which we had, to be ready.

It was 10:30 that night before the minivan arrived and disgorged its tired company into our darkness. We got everyone inside and soon they were eating heartily and telling us what had happened.

There had been quite a storm, and trees had blocked the road near Khaishi, normally about an hour’s drive below us. There they waited for about three hours for cutting crews to come and clear a path just wide enough for a single vehicle to pass. Glad to be safe and secure at last, they wrapped up at about midnight and we washed up as best we could in the dimly lit dark. 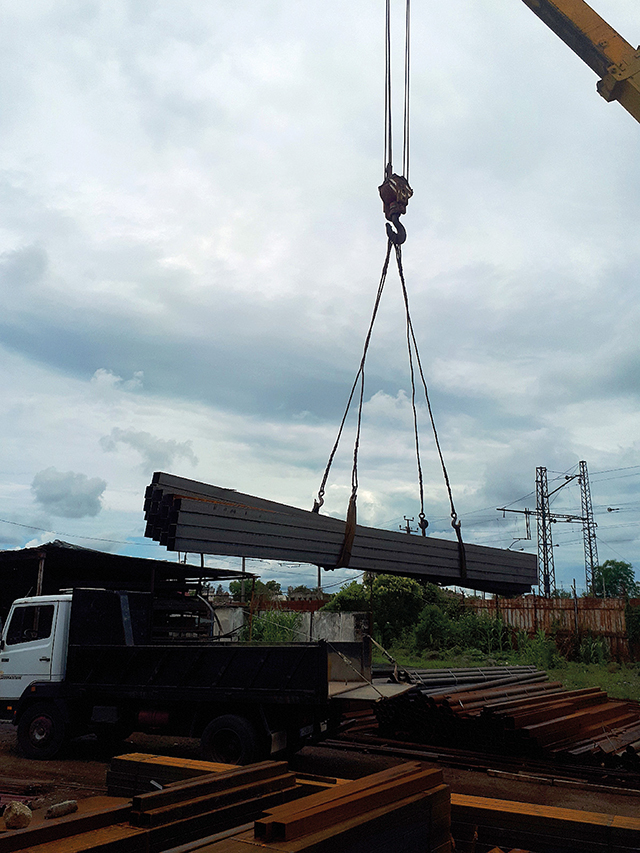 The next morning, I had to leave at 7 for Zugdidi in my 4×4 to shop for building materials for the café which we won an EU grant for last fall and are making near the house. Make sure you get big printed receipts for everything, my wife sternly reiterated to me, as without them we won’t get reimbursed!

Cement, steel box-beams and wire, and a few odds and ends on this trip, which also would need a big truck to haul it all up on, and 450 GEL for the driver. Our new helper arrived just before I left, and I knew things were in good hands with my wife and her together.

The road down was, I think, the worst I’ve seen it outside of winter. Rock falls of all sizes from gravel to car-crusher littered the cement or asphalt in countless spots, but someone had obviously been through before me, as the whole way there was a path to carefully thread. More tree trunks too, more than I have ever known on this road, which may offer a single such occurrence at a time; but all cut to let cars through. No ordinary storm, this had been. Also, a couple of police cars and some other cars were stopped together near the edge of the Enguri hydroelectric dam, and I later found out why.

I did my shopping and returned about 10 hours after I had left. This time I was equally amazed but for the opposite reason: ALL of the debris on the road had been cleared up! The whole way! This was clearly not the work of a single crew, as there had been much too much of it. To be honest, I am generally most dissatisfied with the poor condition of our main road and the sloth with which it is cleared of rocks. I suppose that now we were back into full tourism season, the government wanted to make a good impression on the foreign guests. Worked for me, too.

It turned out that a man from Becho living in Khaishi had gone over the rails into the Enguri dam, thus the police, later joined by firefighters. I don’t know firm details of the accident except that he had perished. He seems to have been the only casualty of the night’s fury, although several houses in Mestia lost their roofs. I was just glad to be back home with mission accomplished and guests well met despite the challenges. And glad that this storm was over. Peace has returned.