She. Georgian Women Artists Exhibition at the Women Museum Bonn Planned for 2024 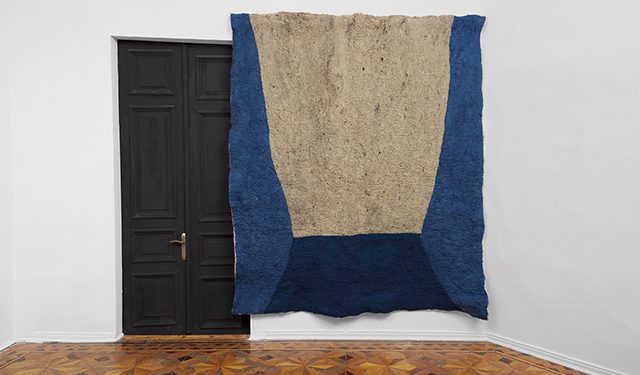 The lives of Georgian women did not get any rosier after the so-called “Rose Revolution” exported to us from the former West and hyped through the mass medias. Actually, it did not get any better after any of the revolutions. Because where men glorify themselves as heroes with accolades, women remain in the background humbly caring for families, households and the other chores left to care for.

Under Stalin’s totalitarian regime, which was particularly hard on Georgia, his native-country, with numerous personal and class enemies, women faced losses, executions and gulags. Going further into history, the Georgian woman has been portrayed in literature as a strong personality, a mother and the one who takes action, like Ilia Chavhavadze’s famous literary protagonist of the late 19th century novel “Otar’s Widow” – a peasant woman.

Throughout Georgia’s past, we come across a variety of inspiring women characters like the brave and mysterious Queen Tamara, who was the enlightened Queen of 12th century Georgia at the summit of its cultural and geographical prominence. Or the sacred Martyr Ketevan (qetevan camebuli), who gave her life for the sake of her religious beliefs – Christianity – and who was brutally tortured by the Muslim invaders. Her sacrifice is represented in the colored windows of the Lisbon Cathedral, since those who happened to attend her public torture, the foreign guests at the court, were so deeply moved by her courage. Last but not least: Medea – this archetypal figure, the all-knowing and powerful healer and magician, influencing Georgian subconscious with all its unresolved ambivalences from the times of antiquity. How relevant are all these amazing protagonists to us now? How do contemporary artists interpret them in their artistic practice? What traits of femininity are inscribed in our common cultural memory? Is there such a thing as a Georgian female identity?

The exhibition “She,” planned at the Frauenmuseum Bonn in 2024, will try to push to the limits our understanding of contemporary feminist artistic practice in Georgia. Narratives of the past can be told and re-told according to political regimes and ever changing socio-cultural modalities. The artists invited to participate in this project will revise Georgian history and present from the female perspective.

An important aspect in the choice of participating artists is deeply anchored in the notion of art as a medium bringing knowledge and joy without falling into the didactic and cynical. Since all art is political, some of the artworks maybe more politically charged than others, but our belief is that the true power of art lies not in political slogans but in the emotional impact on the beholders. If you ask for a Georgian identity you’ll find no definite answer because there’s no such a thing, because identity politics tends to be a doubtful thing within art contexts.

This is very much evident in the works of Ia Arsenishvili, an extraordinarily talented artist who works in a variety of media in a broad palette of styles and techniques that lay bare the rich influences of both Iranian miniatures in certain series of her works, side by side with Western painterly traditions, e.g. in her landscapes.

Georgians are a “boundary folk” [Count Harry Kessler], geographically inhabiting a country on the outer borderline of Eurasia. Throughout centuries of brutal struggles by Georgian men and women against invaders, their countless uprisings and military actions against the Iranian and later Ottoman Empires to a large extent enabled Europe to become what it now is, for better or worse.

Now, 30 years after the renewal of Georgian-German diplomatic relations and the ongoing ravaging war in Ukraine, Georgian arts and culture has seemingly acquired new relevance for art institutions in the West. One might falsely assume that feminist artistic practice would occupy itself with purely women issues, which are in fact at the core of many female artists works. But contemporary women artists deal with far more topics in a variety of critical and experimental ways than one would expect. This has become evident from the numerous submissions to the X-treme Women Art Prize that was conducted online for the second time in 2022 by the author of this article.

Seeing past and present from a female perspective is a deeply enriching experience, because contemporary feminism is not about the divide between the male and the female but a joint emotion and struggle for fair and equal chances for all, e.g. fair pay for working women, fair health care, fair career chances, elimination of the gender gap, to name but a few. Contemporary feminism in arts is about inclusion and the struggle against conventional male dominated power-play and hierarchies, against centuries old misogynic prejudices and for a better future for all involved. These challenges are facing women artists around the globe, irrespective of where they live and work.

With this is mind, the author of this article initiated a women’s art contest called X-treme Women Art Prize, which has taken place annually since 2021 to support women artists in the times of extremes. X-treme 2022 focused on the artistic practice of Berlin-based women artists. With over a hundred submissions and money prizes donated by Sammlung Schirm, X-treme is dedicated to showing women artists, irrespective of age, social or national backgrounds or country of origin. All submissions can be viewed online on www.e-mergingartists.art. The winners, apart from getting money prizes, are exhibited in art spaces across Berlin.

Art has to be shown to people, therefore making visible the work by contemporary women artists on and offline is the sole purpose of X-treme Women Art Prize Berlin, organized by artist Martina Singer and Lily Fürstenow, winners of the 2021 Scholarship for Digital Formats of the Deutscher Künstlerbund/Neustartkultur State Program. The main prizes of X-treme 2022 have so far been awarded to Julia Frankenberg, Paulette Penje and Linda Werner.