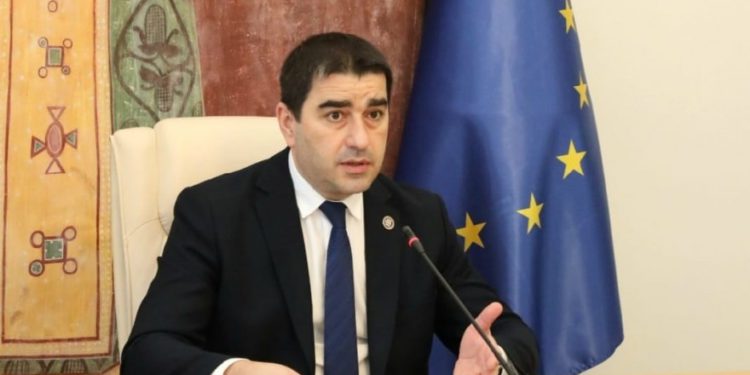 “I call on all political groups to stand by the Georgian government in order for all to be united in their efforts to join the European Union,” Georgian Parliament Speaker Shalva Papuashvili said at a bureau meeting.

The Speaker of the Parliament added that all political groups should stand by the Georgian government in order for the country to walk this path as fast as possible.

“You know that in order to join the EU, it is important to carry out reforms in various directions, including the approximation of EU legislation. This is a difficult technical task for the government and at the same time for the parliament in terms of legislation. Therefore, we call on everyone to stand by the parliamentary majority, which has the responsibility to run the country, and the government, which has taken this responsibility, and get involved in this work,” Papuashvili said.