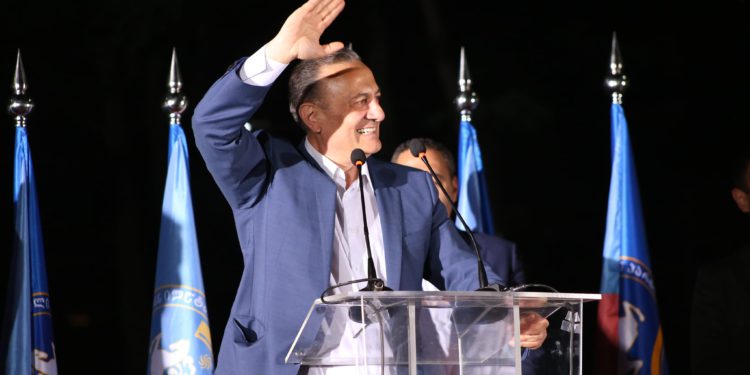 On his way out, Natelashvili told journalists that the reason for his protest was the different perspectives on the meeting agenda and prioritization of the issues to be discussed.

“The Labor Party is leaving the format of negotiation process, in which setting the date for the early elections, the issue of political prisoners, and the absence of illegally detained Nika Melia, are not being discussed as priorities,” Natelashvili said.

He also added that his party would join the sessions again only if the two main issues raised above have a clear resolution.

“I have said many times that building a house starts from the foundation and not from the roof. When we start discussing electoral, judicial reforms, other problems, or initially request the opposition MPs to enter Parliament, it means that the process is falling apart and that the Russian oligarch remains the master of the country and, therefore, it means that the opposition has failed to fulfill its mission for the Georgian people, for the present and future of the country,” Natelashvili said.

The meeting started at 16:00 today and is still underway. This is the first round of sessions and part of the process initiated by European Council and foreign diplomats, who have been closely following the political situation and involved in resolving the crisis in Georgia.