Oppositioner MPs on Hunger Strike in Support of Saakashvili 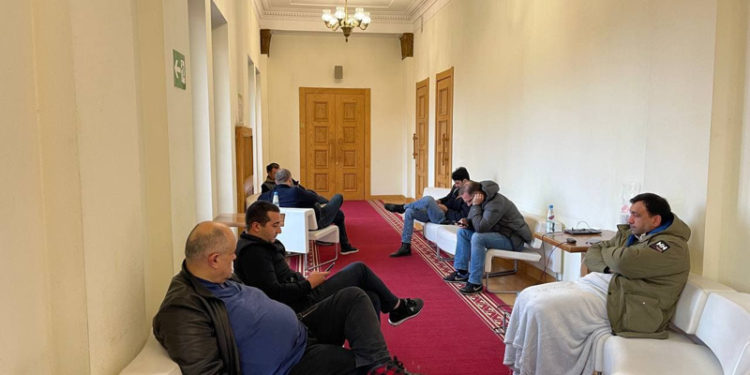 Up to 10 opposition MPs are on a hunger strike in the parliament building demanding that ex-president Mikheil Saakashvili be transferred to a civilian clinic.

“At this stage, 9 deputies are on a hunger strike with the only demand – to transfer Mikheil Saakashvili to a multi-profile civilian clinic to provide him with adequate health care services,” said Davit Kirkitadze from the United National Movement at a briefing in parliament.

Elene Khoshtaria, the leader of the Droa party, has been on a hunger strike for 2 weeks as a sign of solidarity with Saakashvili.

UNM member Gia Baramidze also joined the deputies. He is on a hunger strike at the party headquarters.

Mikheil Saakashvili was taken to the clinic of Gldani Prison #18 on November 8, against his will. Saakashvili agrees to end hunger strike in exchange for transfer to civilian multidisciplinary clinic.