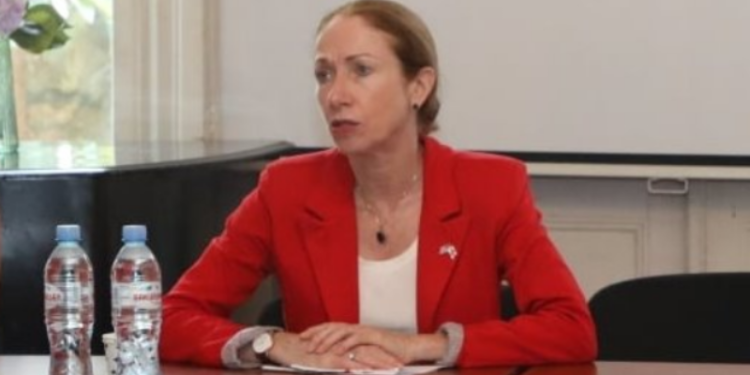 Members of Parliament Teona Akubardia, Khatuna Samnidze, Tamar Kordzaia, Ana Natsvlishvili and Ana Buchukuri issued a joint statement and responded to the “organized attack against US Ambassador Kelly Degnan and the disinformation narrative suggesting America wants to involve Georgia in a war with Russia”.

The MPs note that this poses a threat to the country’s national security interests and strengthens Russia.

The MPs call on the Government of Georgia to respond to the disinformation campaign promptly and adequately.

“With this joint letter, we would like to respond to the organized attack by a number of members of Georgian Dream, as well as those who have “’left” it, against US Ambassador Kelly Degnan, and their open disinformation narrative, suggesting America wants to drag Georgia into a war with Russia, which strengthens the anti-Western campaign in Georgia and opposes our national interests.

“We believe that the ongoing disinformation campaign poses a threat to our national security interests. That is why we would like to explain to them and to the public once again that the war is the continuation of the policy of Russia and not the West.

“The simple explanation of why the disinformation statements are useful for the Kremlin is as follows: Russia started a war against Georgia, the results of which are the continuous occupation, hundreds of thousands of IDPs in their own homeland, militarization of our regions by Russia and annexation processes.

“The war started by Russia against Georgia is still being carried out by using Russian hybrid war tactics, as long as it is in Russia’s interest to have Georgia in its own sphere of influence and pursue the foreign and domestic policy agenda in accordance with Russian interests. By using hybrid war tactics, Russia confronts the values Georgia shares with the West, which include respect for the principle of the country’s sovereignty, democratization, prosperity and security, as well as the European Union and NATO integration, which will create an umbrella of security and prosperity for the protection of Georgia’s interests,” reads the statement.

The MPs provide arguments as to why the narrative that America wants to involve Georgia in a war with Russia is disinformation, noting that the US is the main strategic partner of Georgia, which plays the main role in pursuing the policy of non-recognition of the territories occupied by Russia and, accordingly, ensuring territorial integrity and sovereignty, as well as promoting the development of the country’s democracy and prosperity, and supporting NATO membership.

The MPs call on their colleagues in the Parliament to act in accordance with the declared national security interests of the country. They also call on the Government of Georgia to respond in a timely and adequate manner to “the disinformation campaign, which is aimed at strengthening anti-Western sentiments, is directed against Western values ​​and weakens the sovereignty and territorial integrity of our country”.

Related Story: Kelly Degnan: Any Attempt to Distance Georgia from Its Natural Allies Only Serves Narrow Interests and Not Interests of Georgian People