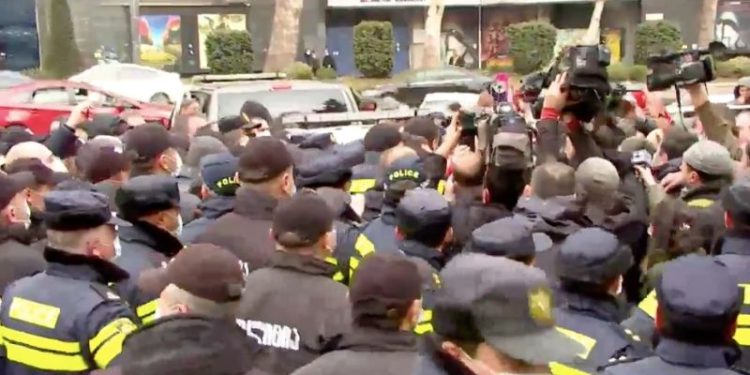 At least 20 people were detained during a rally in front of the parliament building, preceded by a verbal and physical confrontation.

The conflict between the activists and the law enforcers started after the police refused to allow the activists to set up tents in front of the building and removed them.

Members of the National Movement Levan Khabeishvili and Giorgi Kapanadze are present on the spot, demanding the police return the tents to the civil activists.

The situation on the ground remains tense. Security measures have been strengthened.

Activists gathered on the spot had tents set up at the back entrance of the parliament for several months, demanding early elections. This time, they tried to move the tents to the front of the building, on the central Rustaveli Avenue, a move which was prevented by the police.