Service for Citizenship: A Foreign Legion for Georgia 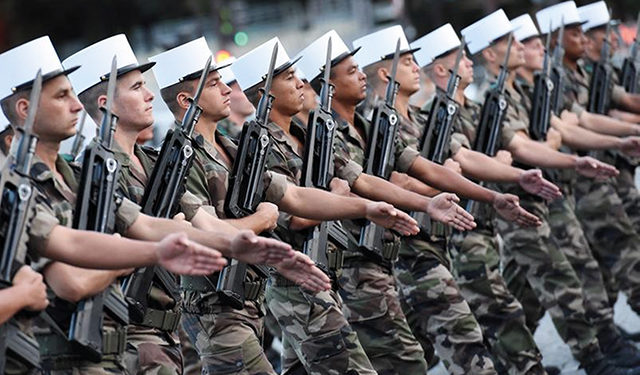 Georgian hospitality is renowned as the most accepting and warm in all of Europe and Asia. Embracing those willing to sacrifice everything for their new home is only a natural addition to this unique cultural phenomenon

While many military forces are composed solely of the respective nations’ citizens, there exist examples of when particular units broke this mold. Whether by an influx of foreign expats or by refugees seeking asylum and subsequent permanent residency, some nations in history have offered the prospect of citizenship contingent on service in its armed forces. This model is focused on the idea that one willing to make sacrifices, and potentially the ultimate sacrifice, would be able to earn their place in society.

This concept has shown to be beneficial, not just for national defense purposes, but as an inclusive and prideful means to produce new citizens, and as such a larger workforce and tax base. Georgia has been a haven for adventurers for years, and due to its food, culture, hiking trails, and ease of living, it has attracted many of those who have decided to make it home. However, the path to citizenship for those hopefuls wishing to stay long term is tedious and ridden with administrative problems.

As such, it stands to be that Georgia could benefit from raising the banner of their own military unit of foreign volunteers. The mold used to create this type of unit is already available. In recent history there are two units that provide the perfect template: South Africa’s 32 Battalion, and the French Foreign Legion.

After the fall of Angola to the communist forces of the Movimento Popular de Libertação de Angola (MPLA), many of the remaining resistance groups fled to South West Africa (now Namibia) and South Africa. These experienced men were quickly gathered into a specialist light infantry force originally known as Bravo Group, but soon relabeled as 32 Battalion. While it’s composition was primarily the refugees from Angola, its ranks quickly swelled with Australians, Portugese, Rhodesians, and Americans, among others.

Acting as a buffer force ahead of the regular South African Defense Force, they fought asymmetric and counterinsurgency warfare against an agile and numerically superior enemy. After their excellent performance in the South African Border Wars, being one of the most highly decorated units in the army, many of their members either settled in South Africa or simply continued their service into retirement. Their honorable mark in the minds of defense analysts and military history researchers is secured for eternity.

France’s Foreign Legion grew from similar roots. In the 1830s, France had begun to receive an influx of immigrants and veterans from recently disbanded German regiments. King Louis Philippe, seeing a use for these new potential recruits, drafted a decree creating a Foreign Legion for these men. Since this decree, the Legion has been involved, often in the thickest of the fighting, of every French conflict, including colonial expeditions.

In the modern Legion, they are often the first to serve on NATO and UN missions, particularly ones that possess a significant risk to the security forces involved. Contrary to the legendary 32 Battalion, the Foreign Legion is still an active part of the French military today. Recruits are required to sign a 5-year contract, but after 3 years of honorable service they are eligible to file for French citizenship. Alternatively, those that receive wounds while deployed on a combat mission on behalf of a French operation are able to automatically receive citizenship through a special program known as “Français par le sang versé,” or “French by spilled blood.”

These hallowed organizations have become legendary in their own right due to the passion their members have for their prospective new homeland. Their ferocity in battle, technical and tactical prowess, and dedication to completing their mission regardless of the obstacles have more than earned the admiration of their government and new countrymen. This reinvigorated new immigrant population is something Georgia can only benefit from. However, the construction of this force should follow the example of both military units.

Initially, a pair of rifle companies, under the direct leadership of Georgian officers, would need to be established. A minimum contract term, potentially 3 or 4 years’ service, would need to be mandatory and only upon completion of this would full citizenship be granted. Expats and immigrants seeking service would be eligible but only accepted upon passing initial entry training.

This training should be modeled to educate individuals ignorant of even the most elementary of military matters to become proficient soldiers. In addition, constant Georgian language, culture, and history classes would periodically break up the intense training regimen. The minimum requirement for completion of initial training would not be far from that of some special operations forces. As this unit will have much demanded of it, it will be required to operate in a wide variety of environments and earn its own honor.

In order to distinguish them from regular army units, a distinctive insignia would be required to inspire esprit de corps and encourage continued cohesion. Discipline and regulation may be stricter for this unit of foreigners, as many may come from civilian or even troubled backgrounds, seeking reformation. In fact, the unit may even warrant its own barracks and sector of military installation, separate from the main Georgian military. For the foreigners enlisted in the unit, relationships or marriage cannot be an option during their service.

For deployments, just like 32 Battalion and the Foreign Legion, they would be the tip of the spear alongside Georgia’s SOF elements. Operating as a light and highly maneuverable infantry unit, they would have immense operational and tactical bandwidth on the ground. Working with Georgian and NATO combat support units, they would provide a 24-hour rapid response unit for both international and domestic missions. Should individuals decide to remain in service after their initial contract, they may be eligible for transfer to the regular Georgian army of SOF units.

Organizational command would fall under the Ministry of Defense as a separate Georgian Legion Command. Their budget would need to be separate, and possibly less than standard units initially. A 12-year pilot program would gauge the effectiveness of the unit and determine if further investment is necessary. Should it warrant the investment, a new branch of the Georgian ground forces would be permanently established.

This type of organization and the added benefits of foreign recruitment would be an immense growth point for Georgia. Being a country that those who favor the rigors of the outdoors as well as the culture and lifestyle are gravitating to more and more, it would provide an honorable and duty-driven pathway for those willing to commit to the nation to become contributing members of Georgian society. Georgian hospitality is renowned as the most accepting and warm in all of Europe and Asia. Embracing those willing to sacrifice everything for their new home is only a natural addition to this unique cultural phenomenon.