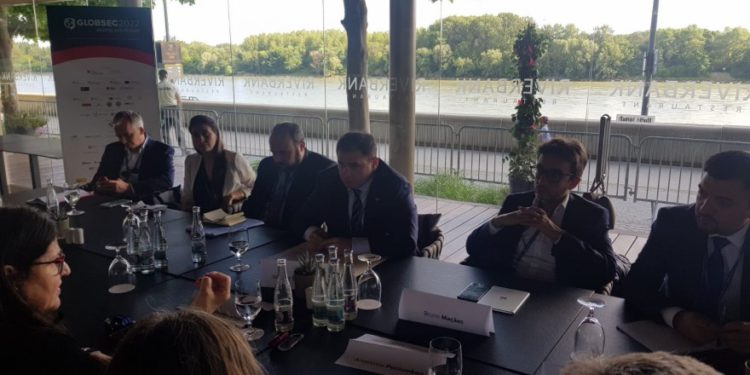 The Chair of the Foreign Relations Committee, Nikoloz Samkharadze participated in the GLOBSEC 2022 Forum in Bratislava dedicated to the EU enlargement and the Eastern neighborhood.

In his speech, Samkharadze dwelt on the EU membership application of Georgia, the reforms undertaken in the country on the EU integration path and the geopolitical reality. The reporters overviewed the EU enlargement prospects, new security milieu, challenges and the EaP future.

“The current geopolitical reality and challenges require the changes and the revision of the European security. Georgia has manifested significant progress during the last decade and thus, I do hope the EU will make a pragmatic decision on granting the status of the EU candidate state to Georgia. It will serve an important message not only for our society but for Moscow to remind Kremlin that it will no longer be able to keep its aggressive and destructive actions against our country,” he stated.

The panel was also attended by the Deputy Director-General for Neighbourhood Policy and Enlargement Negotiations Katariná Mathernová and the former the Secretary of State for European Affairs of the Portuguese Government, Bruno Maçães.