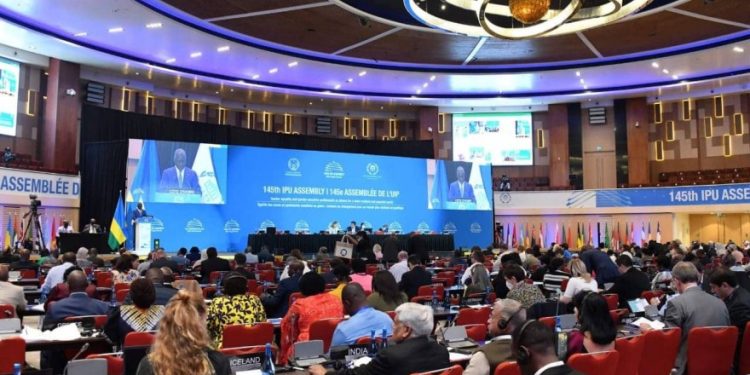 The IPU 145th Assembly adopted the resolution on support for Ukraine, which was supported by the Georgian Parliamentary Delegation, led by the Speaker, Shalva Papuashvili.

“At the 145th Assembly of the Inter-Parliamentary Union (IPU), the Georgian Parliamentary Delegation supported the resolution that denounces the illegal annexation of Ukrainian territories by the Russian Federation, Russian aggression against Ukraine, as well as the actions taken by Russia in connection with the development of a global food crisis,” Nikoloz Samkharadze, the Chairman of the Foreign Relations Committee, stated.

The resolution was prepared by the Chilean and South American groups. The resolution once again calls on Russia to stop hostilities in Ukraine, respect the territorial integrity of Ukraine and follow the norms of international law.