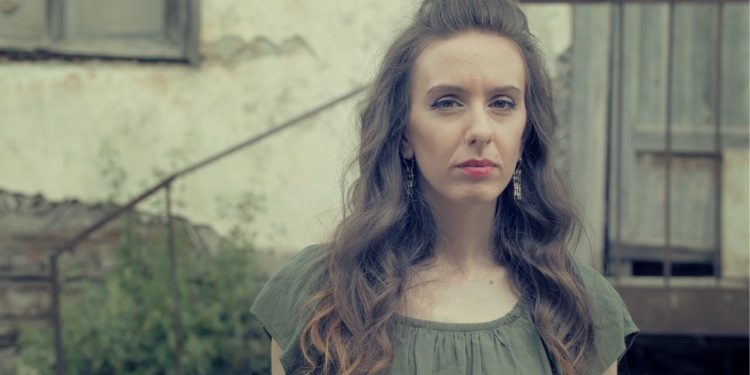 In connection with the current events in Ukraine, singer and composer Sabina Chantouria decided to make a music video for the song “Blood On Your Hands” which she wrote in 2008 and dedicated to the Russian-Georgian war.

The music video is directed by Tea Vatsadze. Tea recently released a short film debut, which received high praise at festivals. She is currently working on a feature film.

War and the fate of refugees is what Sabina’s family experienced in Abkhazia in 1993, and in 2008, the singer experienced it herself.

The song describes the suffering of people during times of war and conflict and the price that ordinary people pay during such times. The song “Blood on Your Hands” expresses the strong hope of a return to the land that used to be called home.

This song is for those who survived the war. The author refers to the memories and hopes of people who were forced to leave their homes.

The music video Blood on Your Hands was released on August 8 on Sabina Chantouria’s YouTube channel.

There is also a Georgian version of this song, which was released as a CD in Georgia in 2013.

From August 8, it is also possible to listen to it through digital platforms.

Sabina Chantouria is a young Swedish-Georgian singer, the author of music full of deep emotional strings. She received a European university musical education and was invited to the “World Championship of Performing Arts” in Hollywood (2011). After that, they became interested in the young singer and the famous Hollywood director Chad Schollmeyer shot two music videos in a row.

In 2017, Sabina participated in the Georgian National Eurovision Finalist Contest.

Sabina still lives an active concert life and participates in various music festivals in Georgia, Europe and America, among them Copenhagen Songwriters Festival, Stockholm Folk Festival, The Viper Room (Hollywood), and others.