Saakashvili’s Trial to Continue without his Presence 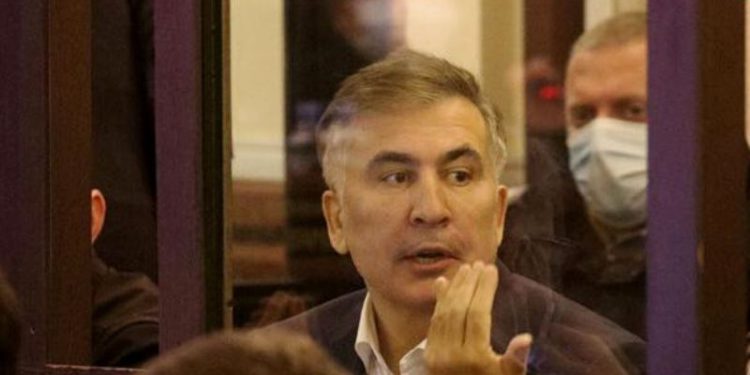 At the trial, Saakashvili’s lawyer, Beka Basilaia, announced the doctors’ recommendation that it would be better to postpone the hearing due to the former president’s condition.

However, it was announced that the trial would continue without his presence.

“I didn’t expect that his health would’ve allowed him to attend today’s trial for so many hours,” the lawyer said.

Regarding the question of the panel of judges regarding the motions, Saakashvili said before leaving the courtroom that he would agree with the position of the lawyers.

The third President of Georgia left the Tbilisi City Court escorted by a number of police. He was greeted by his supporters gathered in the court yard, chanting: “Misha is strong.”

Mikheil Saakashvili will be escorted back to Gori Military Hospital where he is undergoing treatment after 50 days of hunger strike.

Saakashvili stated at today’s trial that he had no connection with the dispersal of the November 7 rally, and the process was led by the Interior Ministry.

“This process was led by the Minister of Internal Affairs, I watched it on TV and did not give instructions to anyone. They behaved in the way they had experience and at that time our police were very young and very inexperienced. Thank God no-one was killed during these clashes,” he noted.

Related Story: Saakashvili at His Trial: I don’t Recognize Georgian Prosecution or Judiciary