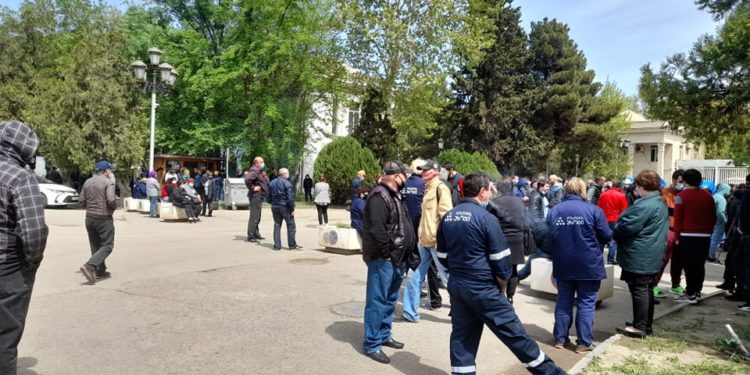 One of the employees, Davit Jojashvi, said during yesterday’s protest that the workers’ only demand is that the company increase the salary of all employees by 50%. They have no other requirement.

The strike continues. As workers say, it won’t end until their demand is met. They say that in 2019, the company promised to increase salaries by 20%, however, the promise has not been fulfilled so far, which led to their protest.

“No-one has met us yet and we are still on standby. If they do not meet with us, we will take appropriate measures. For the second day now, we do not allow trucks that take out goods We only let out the cars that take oxygen to the hospitals,” one of the protesters said.