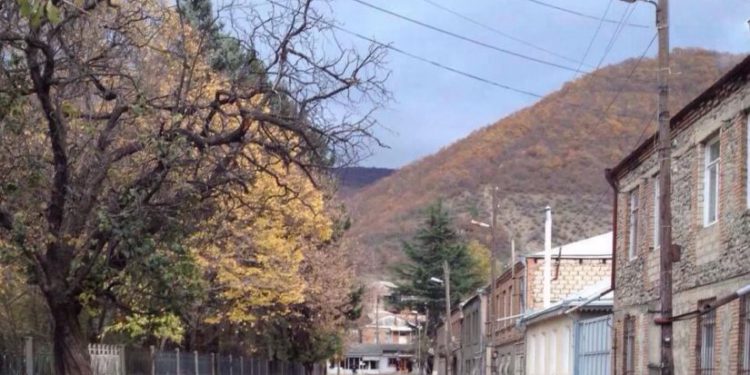 On September 6, the schools of the Akhalgori district, which had been Georgian-language until 2017, started teaching in Russian in 1-8 grades.

“If the process continues in this way, schools will become fully Russian-language in three years,” says the NGO Democracy Research Institute (DRI).

The NGO says that the “Russification” of Akhalgori Georgian-language educational institutions has been ogoing since 2017, which means that the languages of education in the district’s schools and kindergartens are Russian and Ossetian only. According to the decision made by the de facto authorities of South Ossetia in 2017, Georgian schools are subject to the general curriculum developed in South Ossetia; textbooks and curricula meet the general education standard of the de facto republic and Georgian is taught as a subject.

According to the Democracy Research Institute (DRI), the Akhalgori district has 17 first-graders in the current academic year: the Akhalgori Russian high school has 9 first-graders, Akhalgori high school, which was Georgian until 2017, has 3, the Orchosni village school has 3, the school in Ikoti village has 1 and the school in the Korinti village has 1. Other Ossetian villages in the district, such as Zakori and Tsinagara, have no first-graders. A similar situation in the latter is caused by labor migration, mainly to Vladikavkaz and Akhalgori. At this stage, nothing is known about the school in the village of Akhmaji, although it will most likely be closed in the near future, as the school did not admit any students this year. As far as the Democracy Research Institute is informed, the only first-grader living in the village was enrolled by the parents in the Akhalgori Georgian high school instead of Akhmaji.
According to DRI, the schools of the Akhalgori district met the start of a new school year unprepared in terms of infrastructure and healthcare. No minor cosmetic repairs or disinfection were carried out in the classrooms before the start of the studies, even though the above had been a common practice in previous years. This creates an unfavorable situation for both the students and staff of these educational institutions, especially given the pandemic.

The NGO says the above facts prove that the policy of pressure on the ethnic Georgian population and that discrimination on ethnic grounds has been deliberately pursued in the occupied region for years. The clearest example of the above is the restriction of access to education in the mother tongue.

DRI calls on stakeholders to use all available mechanisms to end discriminatory practices in the Akhalgori district and to restore access to the right to get education in a mother tongue in all educational institutions.
Source: DRI
Tags: Akhalgori
ShareShareTweet