Russia’s Invasion of Ukraine Week 19: Hopes Up that Grain Exports Can Resume 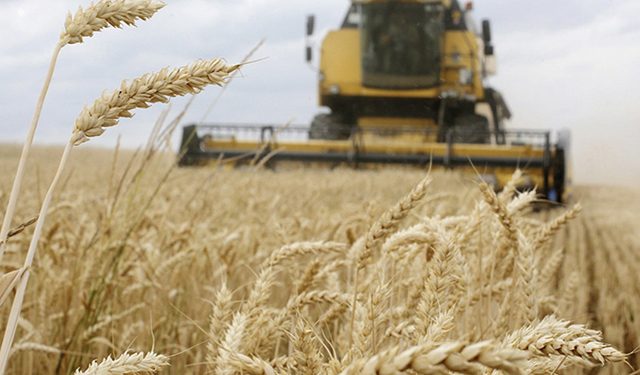 Talks aimed at resuming Ukrainian grain exports blocked by Russia in the Black Sea have produced a deal, Turkey said this week.

It raises hopes for an end to the standoff, which left millions at increased risk of starvation.

Turkey’s defense minister, Hulusi Akar, said both sides had agreed on ways to ensure the safety of shipping routes for grain ships.

He said the agreement would be signed next week, when more talks are set to be held in Turkey.
UN Secretary-General António Guterres called Wednesday’s progress a “critical step forward,” but said more work was needed to finalize the deal, which would require “a lot of goodwill and commitments by all parties”.

Russia and Ukraine produce 30% of the world’s wheat supply. Before the war, Ukraine was seen as the world’s bread basket, exporting 4.5 million tons of agricultural produce a month through its ports.
And while Ukraine has managed to get some exports through other channels, they have only partly compensated for the closure of the Black Sea, with export volumes down to about 30% of their pre-war totals.

Back in Ukraine, anti-Russian sentiment is rife in occupied parts of the country, Britain’s Ministry of Defense noted on Wednesday, with Russian and pro-Russian officials (called collaborators by Ukraine) being targeted. A Moscow-installed mayor in Velykyi Burluk in the Kharkiv region was killed in a car bombing on Monday.

Ukraine’s President Volodymyr Zelensky has warned that “a really difficult road” lies ahead for Ukraine as Russia makes incremental advances in the east of the country.

More than 5.8 million people have fled across Ukraine’s borders to other locations in Europe since Russia invaded in February, the UN announced this week.

Of that total, more than 3.6 million people have registered for temporary refugee protection or similar safeguards in Europe.

“The escalation of conflict in Ukraine has caused civilian casualties and the destruction of civilian infrastructure, forcing people to flee their homes in search of safety, protection and assistance,” UN researchers wrote in their report.

“Millions of refugees from Ukraine have crossed borders into neighboring countries and many more have been forced to move inside the country,” the report added.

The Nord Stream gas pipeline, which is one of the main ways of supplying Russian natural gas to Europe, is to stop working for at least 10 days, due to “annual maintenance works”, although this year, the EU is fearful the maintenance will be “prolonged” due to the Russia-Ukraine war.

Through the pipeline, Russia supplies 55 million cubic meters of gas to European countries.

Last month, Russia reduced its gas supply by 40%, citing a delay in the delivery of a gas turbine by the German company Siemens Energy. The company was repairing the turbine in Canada. Canada says it will return the turbine to Russia, however, it will maintain sanctions on the energy sector.

In Europe, there are fears that Russia will prolong work on the pipeline in order to prevent the creation of supplies, thereby deepening the energy crisis.

Before the war in Ukraine, the construction and commissioning of North Stream 2 was planned, however, due to the sanctions imposed on the Kremlin, this project was stopped.

Nord Stream 1 runs under the Baltic Sea and is Germany’s main source of Russian gas, which recently accounted for about 35% of the country’s total gas supply. Gas is usually sent onward from there to other European countries.

The US calls on Russia to halt forced deportations of Ukrainians, citing possible war crimes

The Biden administration this week called on Russia to immediately halt systematic filtration operations and forced deportations in Russian-controlled areas of Ukraine, citing the possibility of war crimes.

“The unlawful transfer and deportation of protected persons is a grave breach of the Fourth Geneva Convention on the protection of civilians, and is a war crime,” Secretary of State Antony Blinken wrote in a statement, referencing a 1949 UN agreement to which Russia is a signatory.

Blinken said the US suspects that between 900,000 and 1.6 million Ukrainian citizens, including 260,000 children, have been detained and forcibly deported from their homes to Russia.

The death toll from a Russian missile strike on an apartment building in the town of Chasiv Yar in Donetsk in eastern Ukraine rose to 47 on Wednesday.

Kyrylo Tymoshenko, deputy head of the Ukrainian President’s Office, said in a Telegram post earlier that another body of a woman had been recovered from the rubble of the five-floor apartment building in Chasiv Yar struck on Saturday Russian Uragan rockets.

“In total, since the beginning of rescue works, the bodies of 47 dead people, including a child, have been found and removed from the scene. Nine people have been rescued from the rubble. Rescue works are still underway,” Tymoshenko said.

Russia has repeatedly denied targeting civilian targets despite a large number of instances in which civilian infrastructure was indeed targeted, causing death and more displacement for Ukrainian civilians.

Ukraine says it repelled an attack near Sloviansk, a key Russian target

Ukraine says it has successfully repulsed a Russian assault on the settlements of Dovhenke and Dolyna, near the city of Sloviansk, a key target for Russian forces trying to advance in the Donetsk region of eastern Ukraine.

“Ukrainian defenders successfully repulsed an assault in the direction of Dovhenke and Dolyna. It is not excluded that the enemy will continue to conduct offensive operations to improve their tactical position and create favorable conditions for conducting an offensive towards Izium – Sloviansk,” general staff spokesman Oleksandr Shtupun said in the armed forces’ latest update on Facebook.

Widespread shelling was also taking place in the areas around nearby city Kramatorsk and Bakhmut, Ukraine said.

Ahead of a meeting in Istanbul between Ukraine, Russia, the UN and Turkey on unblocking grain exports from Ukraine, the armed forces said that in both the Black Sea and Sea of Azov, Russia’s navy “focuses its main efforts on blocking civilian shipping. Four warships armed with Kalibr cruise missiles are kept ready for missile strikes.”

Russian advances to continue this week

In the Donbas, Russian forces will likely focus on taking several small towns during the coming week, Britain’s Ministry of Defense said on Wednesday. Siversk and Dolyna are likely to be targets for Russian forces as they approach their bigger objective — the capture of cities Sloviansk and Kramatorsk.

“Russia continues to seek to undermine the legitimacy of the Ukrainian state and consolidate its own governance and administrative control over occupied parts of Ukraine,” the ministry said on Twitter.

“Recently, this has included an initiative to twin Russian and Ukrainian cities and regions to develop post-conflict administrations, and a decree to make it easier for Ukrainians to obtain Russian citizenship.”