Russia ‘Ready’ to Break Ties with EU if Sanctions Imposed 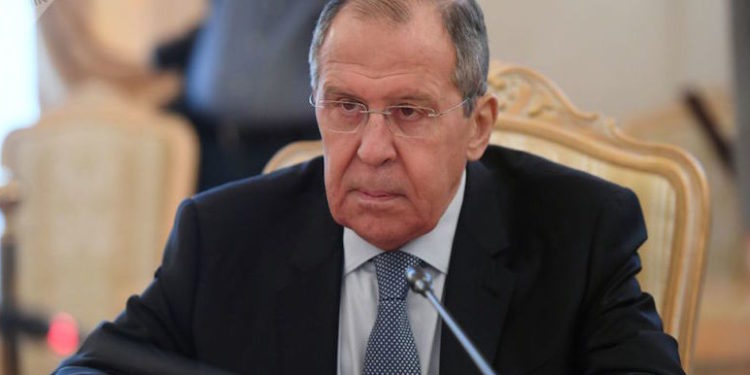 “We don’t want to isolate ourselves from global life, but we have to be ready for that. If you want peace, then prepare for war.” – Sergey Lavrov

Russian Foreign Minister Sergey Lavrov said on Friday that Russia was prepared to break off relations with the European Union if it continued with planned sanctions, Deutsche Welle reports.

Lavrov was asked: “Are we heading towards a break with the EU?” in a snippet of an interview by the Solovyov-life program published on its Telegram channel and shared by the Foreign Ministry.

He responded that Russia was ready to do so in the event that sanctions are imposed in areas that create risks for Russia’s economy.

“We proceed from the fact that we’re ready [for that]. In the event that we again see sanctions imposed in some sectors that create risks for our economy, including in the most sensitive spheres,” Lavrov said.

“We don’t want to isolate ourselves from global life, but we have to be ready for that. If you want peace then prepare for war,” he said.

For the record, EU High Representative Josep Borrell arrived in Moscow on February 4 and met with Foreign Minister  Lavrov. At a joint news conference, Lavrov called the EU an “unreliable partner.” During the same visit, the information about the expulsion of three European diplomats from Russia was spread. The reason for this was their attendance at a rally in support of the Russian opposition leader Alexei Navalny.

Borrell strongly condemned the expulsion of the diplomats and called on Russia to reconsider its decision. He noted that the meeting with Lavrov confirmed that Europe and Russia are moving in different directions. Foreign ministers of the EU member countries will discuss sanctions against Russia on February 22.