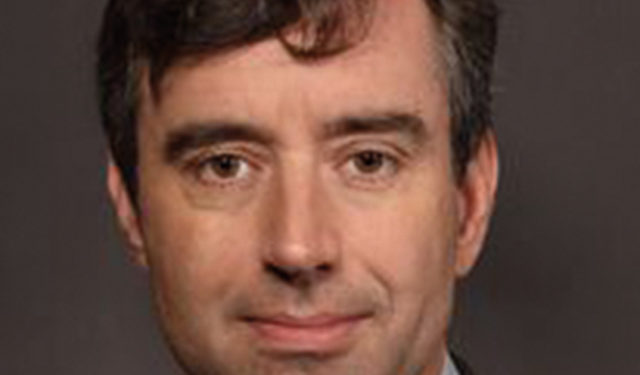 Russia is just being pragmatic – when it’s in their interests, they use it. And when it’s not, they don’t, like in Donetsk and Luhansk

Thirteen years since the Kremlin recognized Abkhazia and South Ossetia as independent states, enough time to analyze what the move cost both Georgia and Russia, as well as the self-proclaimed regimes. What does the future hold for “independent” Sokhumi and Tskhinvali? GISP spoke to Nikolaus Von Twickel, editor of the Russland Verstehen (“Understand Russia”) platform, and a researcher on Russia and the self-proclaimed regimes.

“There has been a growing consensus among the Kremlin watchers worldwide that Putin is not a strategist, he is tactician,” he tells us. “He does something today, and maybe he will change his plan tomorrow. This is exactly what we saw when the Kremlin went from not recognizing Abkhazia and South Ossetia for twenty years to recognizing them after the August War: it was a tactical, not a strategic move. And then they enhanced the policy in Ukraine, where we are already talking about not just recognition but also annexation, as happened in Crimea. It also was recognized as independent for a few days, only to be annexed later, because Russian law apparently stipulates that. Russia is just being pragmatic – when it’s in their interests, they use it. And when it’s not, they don’t, like in Donetsk and Luhansk.

Should we expect the Kremlin to take same next step in Georgia’s occupied regions as well?
I think the most important aspect in this situation is to underline the differences between the Georgian and Ukrainian scenario: in Donetsk and Luhansk, they are bona fide puppet entities, very leeway, very little local agency amongst the so called separatists. Compared to that, Abkhazia is on a different planet altogether. There is a separatist elite that has been in charge since the 90s, more or less thirty years. They have had much more time to think about what they want, and they’ve always underlined that they want to be just Abkhazia, not Abkhazian Oblast or some such thing. They are fiercely pro-independence, and I don’t think that the annexation of Abkhazia is anything that is realistic for the Kremlin. Whereas in South Ossetia, we have a vastly different scenario: there, the elite actively seeks annexation, or, as they would probably term it, “reunification with North Ossetia,” under the Russian Federation. Russia is well aware of this, but it is also aware that annexing more territories will bring yet more trouble to its door, including more sanctions. So they are very careful; they rebuffed the South Ossetians several times when they tried to approach them with this issue. But if Russia does annex Donetsk and Luhansk, then I imagine people in Tskhinvali will be very upset for not managing to get in there themselves.

Speaking of troubles Russia is wary of – when you look at Ukraine and subsequent sanctions, did what happened in Georgia really cost Russia? Was there really much of a price to pay?
I think it is quite clear that Abkhazia and Ossetia were very cheap examples of this policy. Donbass uses many, many more resources, especially money. In terms of the Russian budget, the money the Kremlin has to pump into Abkhazia, South Ossetia and indeed, Transnistria, is nowhere close to what they are spending in Donetsk and Luhansk. And then there is Crimea too, also taking away a huge amount of money, probably even more than Donbass and Luhansk put together, so the whole Ukraine dimension has massively increased the cost of this new imperial policy, and compared to that, in financial terms, South Ossetia and Abkhazia are really dwarfs when compared to Ukraine.

One thing is what Russia has to donate to keep these things going, and then there is the price the West has made it pay for its shenanigans in eastern Ukraine. When you compare that to the Western reaction in 2008, well, you can’t really compare them.
“Yes. But because the situation in Georgia was so different: there was no open annexation for the first part, and secondly, the dimension of military aggression was different in that the debate about who started the war is ongoing to this day. In Ukraine, the situation is different: even though the Kremlin might think differently, most western policymakers agree that there, Russia was acting aggressively right from the start, and that it needed to be punished. That is a much stronger, much more forceful argument than what was put forward in relation to Georgia in 2008. Further, in 2014, the nature of Russia was different already, because in 2008, we were still dealing with President Medvedev and there were lots of different approaches to Russia, hopes that it would become more liberal in the long term. This is no longer the case. The argument for tough sanctions is easier to make today, because everybody knows where they stand,” he told us.

Back to the recognition and annexation politics, we noted that Von Twickel had underlined how staunchly pro-independence Abkhazia is, but we pointed out that what we are seeing on the ground seems to be irreversible steps dictated from the Kremlin towards full integration, be it in the defense sector, in economy, finances and so on; so all-encompassing that it makes the whole independence thing a moot point. So, we asked him, once one is fully dependent on and controlled by an external actor, what independence can we be talking about? What’s the logical closure of such developments?

“You’re right,” he answered. “Although the level of dependence on Russia is much lower in Sokhumi than in eastern Ukraine, there is no arguing that without Russia’s support, the situation there would be dramatically different. The thing is, Abkhazia has such a privileged geographical position that people to this day believe and dream that they one day will be a seafaring or trading nation trading with the world from Sokhumi Port. But the last thirty years have shown that this is not a very viable option for Abkhazia. Then again, it’s an interesting question to delve into more deeply: all the other regions, from Transnistria, Donbass, to South Ossetia, have a situation that is completely clear. It’s Russia or die. I mean, with no support from Russia, they will die off rather quickly. Maybe some even don’t have any way of going back, as they have only Russia to support them. I think Abkhazia is the one example that differs, as [the Abkhazians] have this idea of having a viable piece of geography in the world where they can sustainably remain independent in the future.”

In realpolitik terms, is that be a viable scenario?
I don’t see it right now. I don’t see the West getting into this because of the principle of it. I’m a realist. I don’t think the West really cares so much about Georgia. And the NATO debate has shown that support for Georgia is limited. But I think recognizing Abkhazia is off the cards, simply because of the precedent it would set and because of the way it was achieved.

Interview by Vazha Tavberidze for GISP