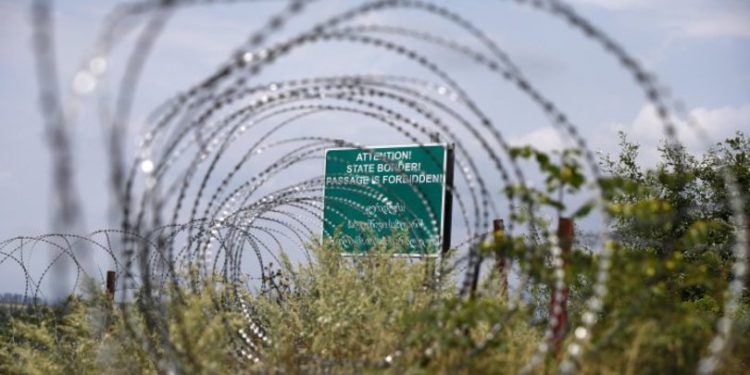 The Russian Foreign Ministry has responded to the 54th round of the Geneva talks, which took place in Geneva on October 12-13, suggesting the Georgian side start “the process of delimitation of the border between Georgia, Abkhazia and South Ossetia with their further demarcation.”

“According to Russia and its allies from Abkhazia and South Ossetia, the main priority of the Geneva format remains a set of issues related to ensuring strong security in the South Caucasus. To achieve this strategic goal, it is necessary to focus on creating a legally binding agreement with Georgia on the one hand and with Abkhazia and South Ossetia on the other. The urgency of this task is growing amid the West’s active efforts to bring Tbilisi into NATO, as evidenced by regular military exercises directly on Georgian territory, including the Alliance’s recent multinational maneuver – “Agile Spirit – 2021”.

“According to most of the participants in the Geneva talks, the situation along the Georgian-Abkhazian and Georgian-South Ossetian borders remains relatively stable. In order to strengthen security in the region, the Russian side offers to start the process of delimitation of the border between Georgia, Abkhazia and South Ossetia with their further demarcation. Sokhumi and Tskhinvali actively support Moscow in this,” reads the statement.

The Georgian Foreign Ministry has responded to the above statement by the Russian side, saying that “Moscow’s illegal statements on the so-called delimitation-demarcation of the occupation line are completely unacceptable and the only solution to the issue can be de-occupation of Georgian territories.”

Based on the statement, among other important issues, the need for the EUMM to enter the regions of Abkhazia and Tskhinvali region and to operate throughout Georgia in accordance with its mandate was raised during the 54th round of Geneva talks. In addition, Georgian participants noted that the holding of Russian parliamentary elections in Abkhazia and Tskhinvali region to elect the majoritarian deputies to the State Duma clearly indicates the ongoing annexation.

“One of the main topics of discussion was Russia’s non-fulfillment of the EU-brokered ceasefire agreement of 12 August 2008: the widespread militarization of the occupied territories, illegal military exercises and violations of Georgian airspace, as well as barbed wire fences and other artificial barricades erected by the Russian Federal Security Service soldiers on the occupation line. According to the Georgian representatives, Moscow’s illegal statements on the so-called delimitation-demarcation of the occupation line are completely unacceptable. The only solution to the issue can be de-occupation of Georgian territories. During the discussions, significant attention was paid to the process of creeping occupation near the village of Chorchana, which creates a danger of escalation of the situation on the ground.

“Georgian representatives stressed the need for justice in the murders of Davit Basharuli, Giga Otkhozoria and Archil Tatunashvili, and continued to raise the issue of the death of Irakli Kvaratskhelia at a Russian military base in the Abkhaz region,” reads the statement.

Russia’s initial recognition of the independence of Abkhazia and South Ossetia occurred in the aftermath of the Russo-Georgian War in 2008. They are both recognized as independent by Russia, Venezuela, Nicaragua, Nauru and Syria.