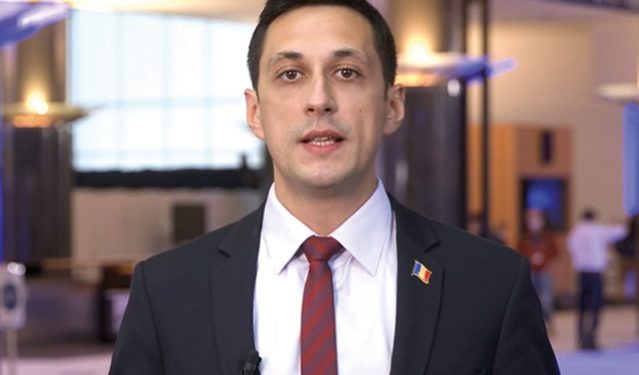 It is basically the Marshall Fund for Ukraine, with the aggressors money. Many colleagues are thinking the same thing – It doesn’t matter which political side they are on. The idea is getting traction. I believe that it’s going to be successful, because when you see this kind of reaction, it means that regardless of the political issues, one is going to vote for it. I’m pretty confident that we will eventually get to do it. We are working on making this into an EU-wide motion” – said Romanian MEP (Renew Europe) Vlad Gheorghe to Radio Free Europe’s Georgian service as he discussed his recent appeal to the European Commission to freeze the sanctioned Russian oligarchs European assets and establish a Rebuild Ukraine fund – that would be composed partially by EU resources, while another part will be funded by the recovered frozen assets which belong to Russian oligarchs and individuals within Putin’s inner circle sanctioned as a result of Russia’s invasion of Ukraine. Gheorghe claims that if we hold Russia fully responsible for the havoc it has wrought in Ukraine, it’s only logical that whatever Russians destroy will be rebuilt by their own money.

Roughly how much and who exactly are we talking about here?
We’re talking about 800 billion euros. This is the amount that we know of – I underlined the fact that this is what we know today. So it could be more tomorrow or in the next few weeks. I must also say that there have been precedents: The case in Libya, Afghanistan and many other examples. It would be a first for such a big country. But it doesn’t matter how big you are, when you’re an aggressor, you need to take responsibility. So the aggressor needs to pay for the damage that it has inflicted. This is if we – in the West – live in a world where the rule of law matters. This is what we need to do. So Russia must pay for its aggression with its money. The final objective should be to use this to rebuild Ukraine.

In relation to Ukraine, Georgia and Moldova getting EU candidate status – how likely is it for the latter two?
Well, if Putin has managed anything so far, he has managed to open the eyes of the European Union, which was maybe lacking in the area of responding to crisis situations. I think he resolved this problem for us. Romania applied in 1995 and had to wait for twelve years to become a member in 2007, but those days are long gone. We’re going to see a fast track process for membership into the European Union, because people in EU member countries now see that we need to protect our citizens, no matter where they are or whether they are in the EU now, or will be tomorrow. We are all Europeans, and they all need to be protected, because we share common values. I believe that together with Ukraine, Moldova and Georgia should also be given candidate status. I expect it to happen and I want it to happen. This is the time to do it. In history, there have been many times, many opportunities, that we’ve missed – let’s make this a successful opportunity in history to show what the European Union is about.

Ukrainian FM Kuleba thinks otherwise – he said that Georgia and Moldova jumped on the “Kyiv speed train” and that Ukraine’s case should be discussed separately from the latter two. What’s your take on it?
Well, in a way I understand where he is coming from, I realize the situation he was thrown into. But on the other hand, I must say that the correct way to do it is to have an alliance between these countries because, yes, Ukraine is at war, but yesterday it was Georgia, and tomorrow it could be Moldova, God forbid. Had Ukraine not stood up to Putin, it is entirely possible that we’d have seen something similar in Moldova too. Both Georgia and Moldova have a passive presence of Russian military on their soil – that’s just a button, a click away from active engagement. That is why I think it is obvious that they should be treated the same way.

Chisinau and Tbilisi’s reluctance to join sanctions against Russia – can this have an impact on Brussels decision-making?
No, I don’t think so. It’s our job to impose and to work on the sanctions. That’s our job, not their job. The EU needs to step forward and be a leader on this. We need to understand the smaller non-member country’s position, because they are next to a huge power. As long as they’re not a member of the European Union, we should accept and respect such decisions. When they get to be a part of the European Union, then the case will be different. Then, we should and will ask them to back the sanctions policy.