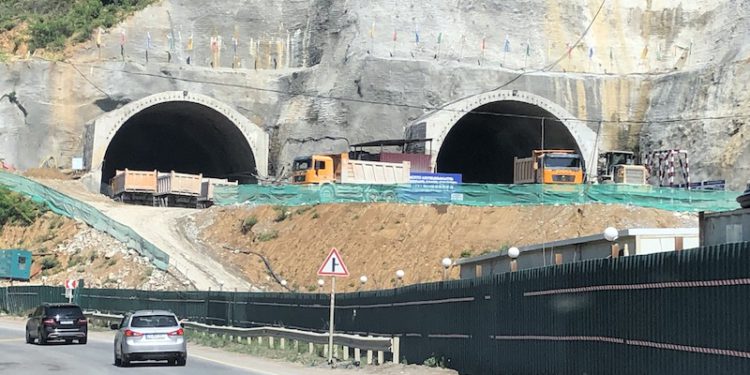 Road construction workers employed at one of the sections of the Tbilisi-Senaki-Leselidze highway have gone on strike, demanding a 30% rise in daily pay.

The protesters pledged to continue protests if their demands are not met.

Employer company Hunan Roads and Bridges Construction Group has requested a week to resolve the issue.

The Trade Union representatives say they support the workers.

One of the workers employed at the construction site noted that his daily salary is 28 GEL, which is not enough to make a living.

Another demand of workers is to improve safety conditions in the workplace.

“The company, of course, is considering the issue raised,” said a representative of Hunan Roads and Bridges Construction Group. “We asked them to appoint representatives, 10-15 men, with whom we would discuss the issue. We have not reached an agreement yet. Going on strike is an unacceptable protest form to the company. We asked them to give us 1 week to discuss the issue, but they have refused to do so.”