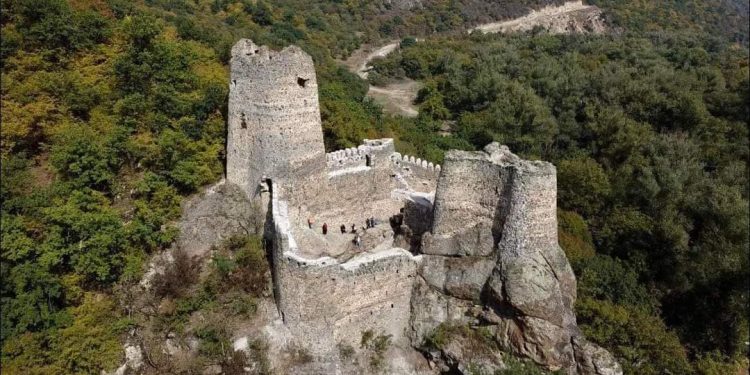 On October 5, the Movement for Cultural Heritage activists, together with architect-restorers, introduced the public to the results of the rehabilitation works of the Khuluti Castle-hall.

The second phase of the rehabilitation works of the cultural heritage monument of national category importance started in May, and by this time the upper marks of the castle cellar have been cleaned and rebuilt. It is important that the conservation work of the cellar was carried out with authentic stone. Also, the damaged part of the fence south of the cellar was restored and a conservation layer was made. 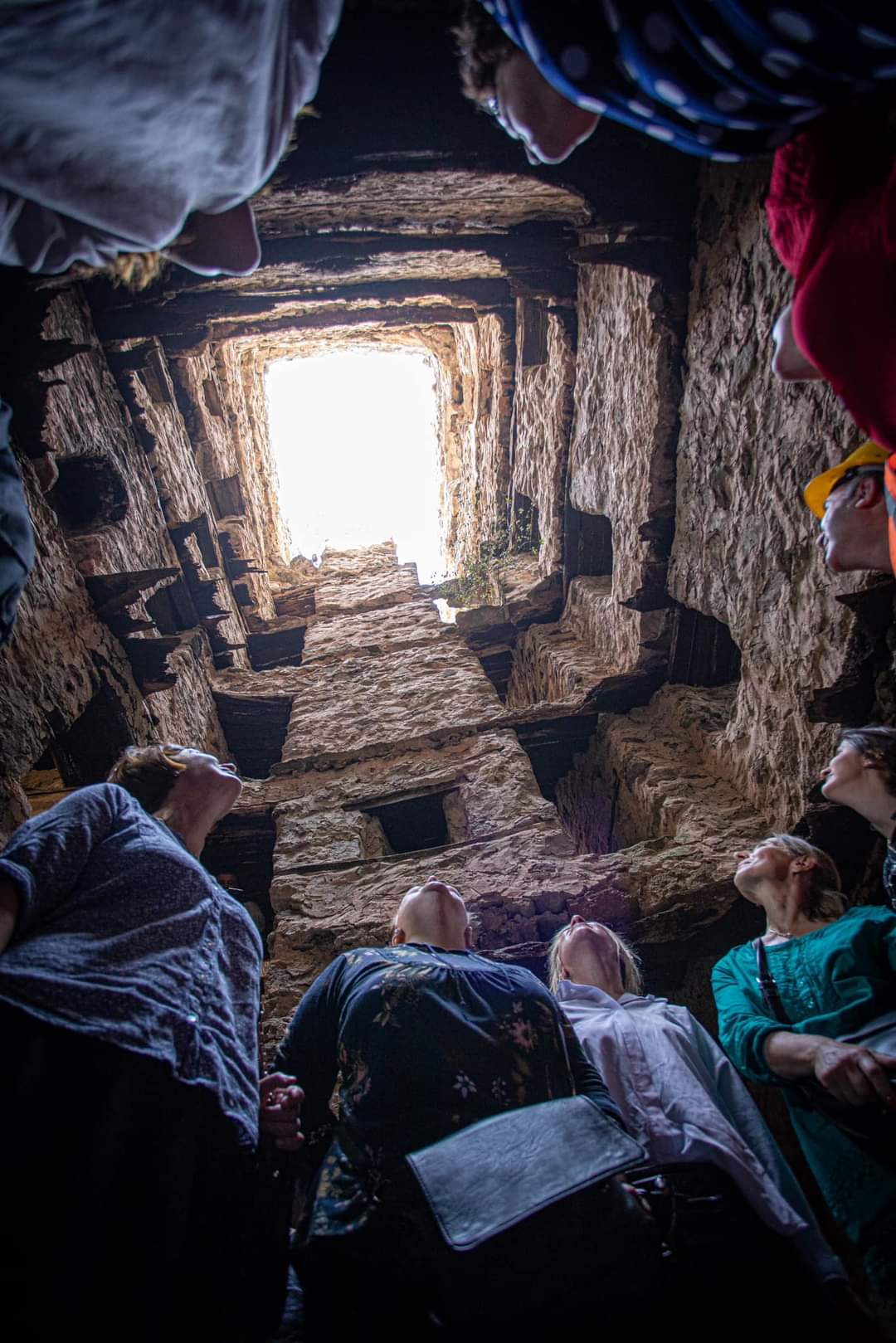 As a result of the second stage of rehabilitation works, the complete restoration of the separate towers of the Castle- hall, the fence, the cellar and the secret tunnel of the castle was completed, and next year, at the final stage of the rehabilitation, the works will be resumed on the main, eight-story tower of Khuluti.

“The rehabilitation process of the Castle-hall was preceded by large-scale preparatory works; after the scanning of the monument, a geological and wall stone survey was conducted, the Castle-hall was cleared of trees and plants, and a path leading to the monument was arranged, which will make visiting the castle hall even more comfortable and safe. 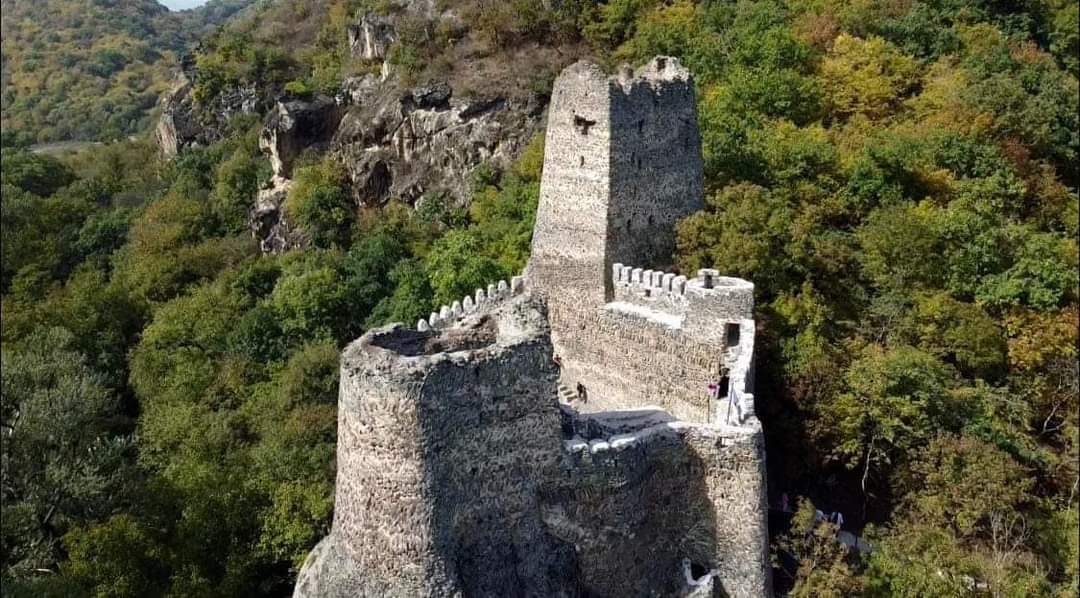 “The first stage of the Khuluti rehabilitation works started in September 2021, and by now the Castle-hall has been completely cleaned of bulk soil and garbage.

“Because the condition of Tower VIII was much more difficult, most of the work was carried out on this tower. The crack on the tower was “stitched” using a special method and the authentic steps discovered during the cleaning were preserved. Also, all the necessary flooring work has been completed. For the safe movement of visitors, a metal railing was installed on the access path to the tower. Treatment of the existing cracks – “stitching” was also done on the third tower of the castle hall. 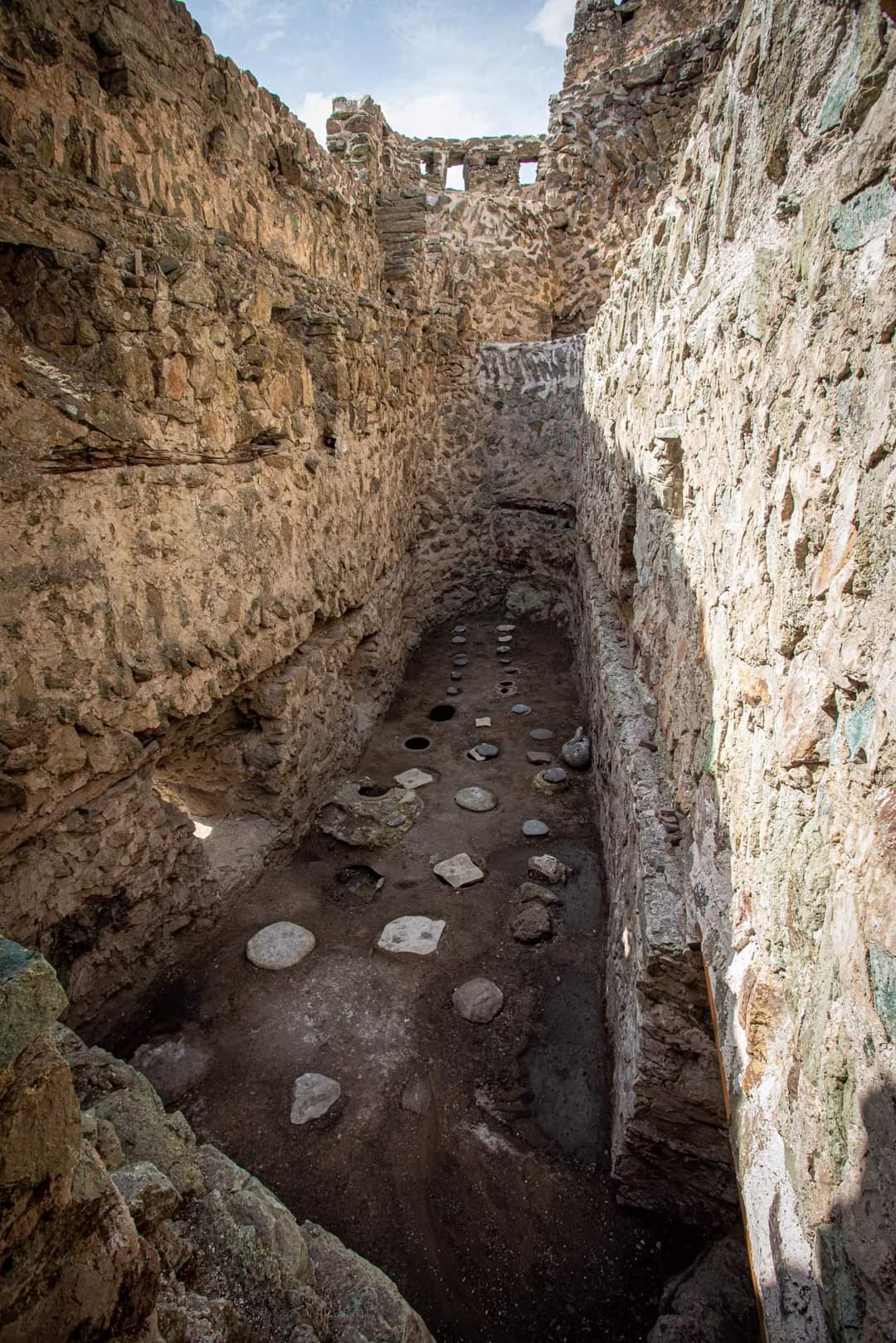 “It is also important to note that pitchers were found in the Castle-hall during the clearing works, as well as a storeroom, which was supposed to be a dungeon, and iron slingshot balls used during a battle. Due to the fact that rehabilitation works have never been carried out on Khuluti, we may witness many interesting discoveries in the process,” – note the activists of the Movement of Cultural Heritage.

Built by a noble Kaplan Orbelishvili, the eight-story Khuluti castle, consisting of five towers, belongs to the first half of the 18th century, and it is one of the outstanding and steady castles in Georgia.

The cost of the project is 776,000 GEL. Since the monument is located near the production area of ​​RMG company, as a result of the agreement reached between the activists and RMG, the rehabilitation works are being carried out with the financial support of the company.

The third stage of rehabilitation works on Khuluti Castle-hall will be resumed in the spring of 2023.