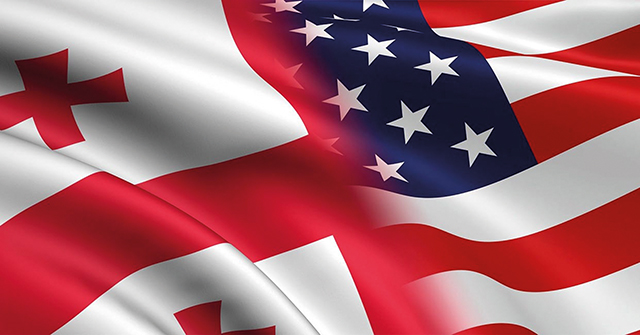 It happened at last: the Elephants out and the Donkeys in! I wish the father of the American cartoon and ruthless satirist Thomas Nast was alive to see what’s going on with his historic zoo-political creations. The poor innocent animals! They have no clue of the magnitude of abhorrence and opprobrium that has overwhelmed the powers they symbolize. Dems and Reps have never loved one another, but neither have they disgusted each other as much as they do today.
Something totally unexpected has happened to America. It has been badly fractured, and I have a very simple reason to explain the newly-formed socio-political chasm: the rich have become astoundingly richer and the poor have grown staggeringly poorer, hence the awe-inspiring popular desire to equalize people; from each according to his ability, to each according to his needs. But this is a Marxist economic principle, interpreted as the free access to and distribution of goods, capital and services. As a result, a sense of unbridled odium has taken the country over, threatening the welfare of the famous American middle class, which took centuries to get to ticking at a steady pace.
America, as we have always known it, is a competition-based socio-economic system, involving both the flaws and the merits of capitalism, which has worked very effectively in the last quarter millennium, and even longer, to tell the truth. Throwing in a little comparison, the biggest paradigm of the socialist economic order perished right in front of our eyes in the very recent past, which we thought would serve as a free lesson of what communism can run into if you stubbornly and groundlessly believe in it.
On top of this purported economic reason, bad memories of racism have relapsed in the States to shock the nation to the backbone. And finally, America actually elected a very extraordinary president who could in no way have been everybody’s cup of tea as a leader of the nation because of his nonpolitical background, churlish character, boorish manners, affluent lifestyle, prickly conservatism, entrepreneurial decision-making, and from-the-hip-shooting disposition, although his presidential achievements may not be denied recognition.
As simplistic as the suggested talk might seem to some of us, fact is a fact is a fact: America has seemingly stopped being the habitual earthly paradise for the peoples of the world. Moreover, it is gradually turning into something like a brewing carbuncle that may at any time burst and spew the rotten seepage that nobody could even have imagined was being accumulated so abundantly in the beautiful and magnetic American organism, balanced on the ideals of the much-spoken-about American Dream.
America is scarily raging and frightening the world with its out-of-the-blue unpredictability. But make no mistake: there is still some room for the selfsame American Dream to reboot itself and take a new, even a more vigorous turn. The American Dream is not just a trivial human dream. It is a model of mindset which works effectively in some of us and yields into zero productivity in others. Its palpable viability totally depends on us humans. America is not yet done with, as the awoken and poison-tongued nemeses of this outstanding geopolitical experiment would say at the moment of its accidental and temporary downturn. America is still very much alive and kicking, and it will soon recover from this mindboggling limbo. Democrats and Republicans, liberals and conservatives, radicals and moderates are only the components of the system – nothing else, sometimes playing a fair game and sometimes foul. Let’s call them the political variables. And the US itself is a permanent value, based on its main law, called the Constitution of the United States of America: ‘the land of the free and the home of the brave’.
The civilized world has recognized the strategic partnership of America and Sakartvelo (Georgia), which is a notable milestone in the life of our miniature country, so it is irreversibly natural for our nation to wish its partner a happy survival and further ascendance on the ladder of bliss and plenty, being part of which is our manifest destiny.