Rally ‘End Curfew’ to be Held on Rustaveli Avenue 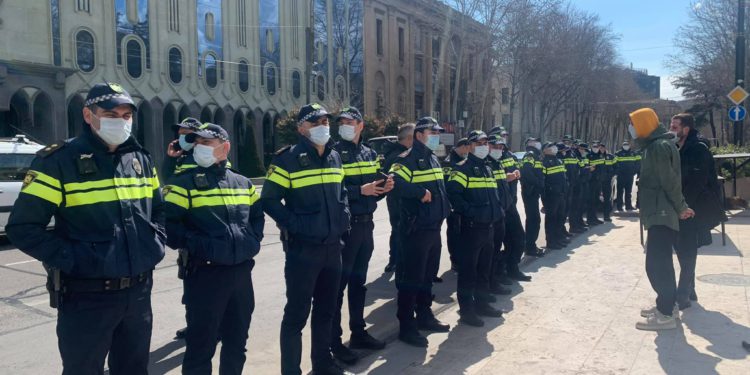 The ‘Shame’ Movement, along with 13 other civil society organizations, will hold a rally on central Rustaveli Avenue in Tbilisi today, April 3, to demand the abolition of the curfew and fines. Two political parties – ‘Lelo’ and ‘Girchi’ will also join the protest of civil activists.

The protesters will start the rally at three different locations, gather at the Philharmonic Hall and then march towards Parliament at 18:00, where they will protest against the so-called curfew and fines.

The national curfew, restricting the movement of pedestrians and vehicles from 21:00 to 05:00, has been in effect in the country since November. Based on the current law, violator of the curfew will be fined 2000 GEL.