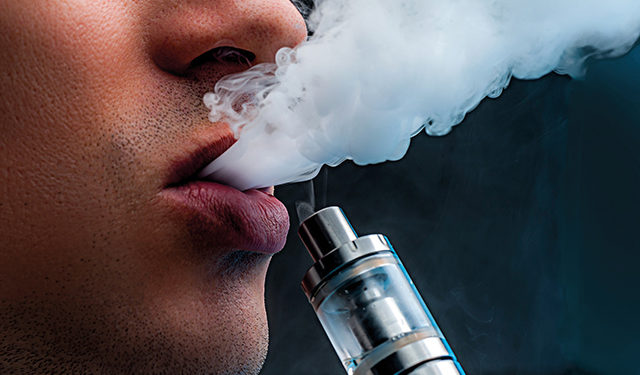 As promised in our previous blog, Tobacco Control in Georgia, here I continue to explore topics connected to the local economic and health impacts of smoking, and the corresponding policy responses from the authorities. This article presents the results of a recent omnibus survey conducted by the CRRC in April 2021. Alongside general population characteristics, questions on smoking behavior, cessation methods, and public opinion on the health effects of different tobacco products were included in the study. The omnibus survey was conducted via phone interviews from the adult population of Georgia, with a sample size of 1,236 individuals. Its design allows the results to be analyzed from both gender and regional perspectives (the capital, other urban and rural areas). To the best of our knowledge, it is the first survey conducted in Georgia since WHO’s STEPS in 2016 to cover tobacco-related topics.

THE PREVALENCE OF SMOKING
Table 1 presents information on smoking prevalence, according to which 27.1% of the adult population in Georgia smoke “regular” tobacco products (daily or more rarely), which is by an impressive 5.9 percentage points (or by 12.7%) less than in 2016. This decline largely comes from men smoking less (43.3% in 2021 versus 57% in 2016), while, at present, a slightly higher share of women smoke compared to 2016. From a regional perspective, smoking is most prevalent in Tbilisi, where nearly a third of the population are smokers.

These results emphasize the effectiveness of the changes implemented in tobacco control legislation and taxation in recent years. However, the magnitude of the decline in smoking consumption in Georgia measured by the omnibus survey data and our previous estimates of the cigarette market (where we found about a 50% decrease in the number of cigarettes sold in 2016-2019) significantly differs. A few possible explanations for this divergence are that a) smoking intensity has decreased in recent years – smokers consume fewer cigarettes per day; and b) the survey data includes both legal and illegal markets, whereas our estimates are based on Geostat’s trade data and the Ministry of Finance’s excise stamps, which only cover the legal sale and purchase of cigarettes.

The survey also collected information on tobacco consumption from harm reduction products (HRPs). The popularity of which is still low in Georgia, as only 3.5% and 3.3% of the adult population smoke e-cigarettes or heated tobacco products, respectively (see Tables 2 and 3). This is hardly surprising, as the government’s anti-smoking policy does not differentiate these products from traditional cigarettes. In addition, the National Center for Disease Control and Public Health of Georgia (NCDC) spreads information about the negative health effects of HRPs, where their increasing prevalence among youth has become a great concern. According to the NCDC, “numerous studies have suggested that the use of e-cigarettes to give up smoking is a misconception. On the contrary, it promotes the consumption of tobacco or in many cases combined consumption.”

However, as an increasing number of countries are coming to recognize that enabling access to safer tobacco products leads to effective harm reduction and acts as a cessation measure, Georgia may consider regulating tobacco HRPs differently from combustible cigarettes. One recent decision from the US Food and Drug Association to authorize the marketing of IQOS as a modified risk tobacco product could potentially foster this process. Furthermore, heated tobacco products were not officially sold in Georgia until July 2020. Although the product (IQOS) is now available in most Georgian supermarkets (especially in Tbilisi), priced comparably to premium brand cigarettes, it could quickly gain popularity among “conventional” Georgian smokers. Nevertheless, the authorities should remain cautious, as the tobacco industry, in light of growing regulations and a rapidly shrinking cigarette market, is actively developing and lobbying the new tobacco product market to secure their long-term future.

PUBLIC OPINION ON HRPS
Interestingly, public opinion on the adverse health effects of cigarettes versus e-cigarettes is somewhat divided: 20.7% of respondents think that regular cigarettes are more harmful than e-cigarettes, while 16.8% maintain the opposite view; the vast majority of respondents believe that they are equally harmful, while the remainder either refused to answer or did not know the answer. Public opinion from a regional and gender perspective follows this general pattern, with one slight deviation: only 11.4% of women think that smoking e-cigarettes is more harmful.

CESSATION PROGRAMS IN GEORGIA
According to WHO, comprehensive cessation services with full or partial coverage, including counseling, medication, and toll-free telephone quitlines can more than double a tobacco user’s chance of successfully quitting. Therefore, to achieve the full benefits of tobacco control efforts, offering a full range of cessation services is important.

Georgia adopted its national tobacco cessation strategy and clinical guidelines in 2013. However, as of 2021, smoking-cessation services are available only in certain privately-owned primary healthcare facilities, the costs of which are only partially covered by universal healthcare insurance. Although Varenicline can be legally purchased from a pharmacy without a prescription, the cost of the medication is not covered by universal healthcare insurance. Nevertheless, to improve access to cessation services, treatments for tobacco use have been exempt from VAT and import duties since January 2020.

Georgia moreover provides a toll-free smoking quitline services for smokers. Following the enactment of the new Tobacco Control Law in May 2018, the demand for smoking cessation consultations and information on the new regulations has increased. A total of 3,027 people (2,673 men and 354 women) called the tobacco hotline between May-December 2018, while the number of calls in the first four months of 2018 was only 193. Of these, around 60% of callers were consulted on smoking cessation, 10% were informed of the new regulations, and 30% people were referred to various medical facilities. Despite the relative increase in demand for the hotline, its effectiveness remains extremely low, with only an approximate 0.7% of smokers using the service in 2019.

As an additional measure, in 2017 the NCDC launched a Georgian version of a mobile application that helps its users give up smoking. The application was initially developed by the Tobacco Control Department of the International Cancer Institute in the United States. The interactive app allows for the creation of an individual’s smoking history, sends encouraging individualized advice, and provides information on the benefits and guidelines for stopping smoking, amongst other things. The number of downloads currently suggests that more than 10,000 users have tried to quit smoking with the help of this app, which accounts for only 1.1% of current smokers.

The results of the omnibus survey also reveal that the availability of cessation services and their demand is extremely low in Georgia. The respondents were asked if they had tried to quit smoking within the last year and which method was used. Nearly half the participants had not tried to give up, and 13.4% refused to answer the question. Nicotine replacement therapy, other medications, and consultation in healthcare facilities were used only by 2.2% of respondents, while 3.3% switched to e-cigarettes or heated tobacco and the vast majority (32.7%) tried to quit smoking without any additional methods, solely from self-control.

These results suggest that Georgia must recognize the unmet need for cessation support programs and act immediately under a comprehensive tobacco control strategy. Cost-effective tobacco cessation interventions, those linked with the use of new technologies, should be a priority in order to improve access for large and hard-to-reach populations, and to complement legislative and taxation measures.

Geostat: Foreign Trade Turnover up by 33.4% in January-April 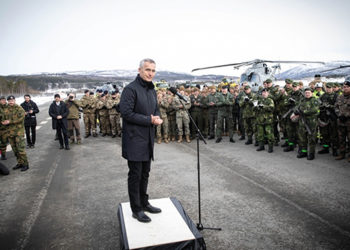 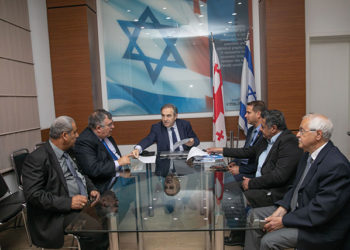