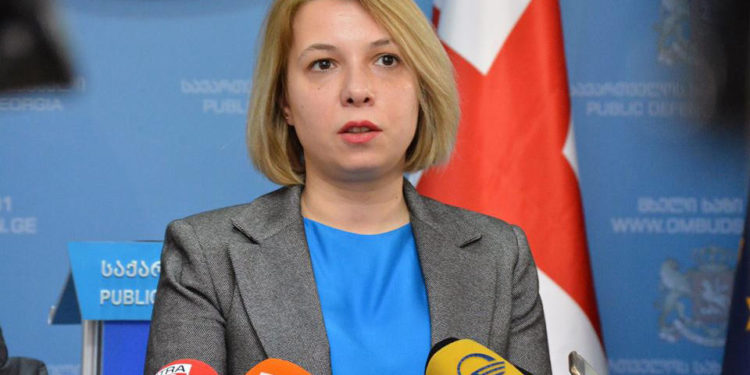 The Public Defender of Georgia addresses the President of Georgia to exercise her power to pardon Nika Gvaramia, former Director General of Rustavi 2 Broadcasting Company.

“The Public Defender of Georgia has studied the guilty verdict delivered by Tbilisi City Court on May 16, 2022, by which Nika Gvaramia, former Director General of Rustavi 2 Broadcasting Company, was found guilty in two episodes of Article 220. As a result of the study of the verdict, the Public Defender considers that the reasoning of the court is unfounded in terms of both conviction and sentencing.

“The so-called advertising sales episode – according to the verdict, Nika Gvaramia committed a damaging act against an enterprise, Rustavi 2 TV Company, by changing the terms of the contract related to advertising sales in 2015, when managing the TV company, as a result of which, the company failed to receive more revenue.

“Unfortunately, the court did not consider the cases in which a corporate violation may give rise to a crime and directly concluded that the director not only violated the fiduciary duty but also committed an unlawful and culpable act.

“The Public Defender reiterates that it is inadmissible to punish a manager for his decision when the court fails to substantiate his personal interest, fraud, sole decision, or other criminal action.

“The so-called car episode – the issue under consideration concerns the sale of Rustavi 2’s advertising airtime for less than the market price for 3 months. According to the court, the reason for this was the personal interest of the director to get a car for his wife from the advertising company in exchange for the above.

“Unfortunately, we do not find even a reference to fiduciary duties or corporate-legal issues regarding this episode in the verdict. The only thing the court finds is that the contract signed by the company provided for less remuneration than the market price. Without entering into the corporate content of the conclusion of the contract or the business judgment rule, it is unclear how the court could conclude, only by establishing differences between the prices, that the contract grossly harmed the interests of the company.

“In addition, the court does not substantiate why it used the specific form or size of sentence. The court provided only one sentence when substantiating the type of sentence (deprivation of liberty), but it did not explain why it sentenced the defendant to 3.5 years in prison or why it did not use more or less punishment, in accordance with the disposition of Article 220 of the Criminal Code.

“The so-called money laundering episode – This is the only part of the judgment where the court reasoning contains references to international legal norms and it is noteworthy that the accused was acquitted in this episode.

“However, it is noteworthy that it is the second case with a political component (the first was the case of Mamuka Khazaradze and others), which includes a completely unfounded charge of money laundering, which, even according to the court, is vague and does not contain conclusive evidence. Charges of such gravity can cause serious reputational damage to any defendant, which is why the Prosecutor’s Office should show special caution.

“In the end, the court avoided answering all the important legal questions. Consequently, the verdict against Nika Gvaramia, due to the extreme scarcity of legal reasoning, analysis and consistency, can be assessed as essentially unfounded. The judge did not assess at all in which cases the manager’s decision could become criminally relevant and why this case was considered to have that dimension, despite the fact that the Public Defender had submitted the opinion of the friend of the court containing detailed legal reasoning and argumentation in the present case.

“In addition, when discussing factual circumstances, the judge relied on information obtained through the covert investigative action. And finally, the judge did not substantiate either the type or size of the measure of imprisonment.