Public Attitudes Toward LGBTQI People in Georgia Are Changing, Yet the Protection And Realization of Their Rights Remain a Challenge 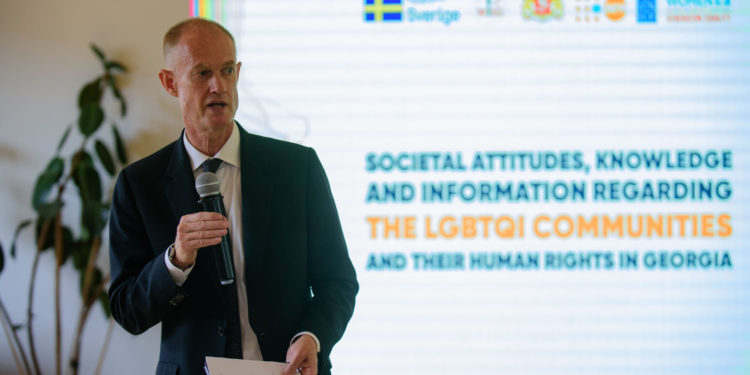 The LGBTQI people remain one of the least protected and most marginalized social groups in Georgia. They face discrimination and violence, while the protection and realization of their rights remain a challenge. Yet, recent research reveals that negative public attitudes toward the LGBTQI community have been decreasing in the last five years.

The research reviews international standards in protecting LGBTQI rights and Georgia’s commitments in this area. It analyses the legal environment and widespread practices and examines public attitudes toward LGBTQI people in Georgia. The research also includes recommendations for specific state agencies.

The research findings point out positive changes in public attitudes in the last five years. Since 2016, the number of respondents who think that the LGBTQI community is interested in propaganda, and not in achieving equality, has decreased by 20.6 percent (55.9 percent in 2021 compared to almost 78 percent in 2016). The number of people with an extremely negative attitude toward the LGBTQI community and its human rights defenders dropped by around 20 percent and now hovers around 56 percent.

The research was conducted under the UN Joint Program for Gender Equality, a Sweden-funded initiative implemented by UN Women, UNDP and UNFPA. Its reports are available on the UNDP website.