Protests against Construction of Namakhvani HPP Continue in Gumati Village 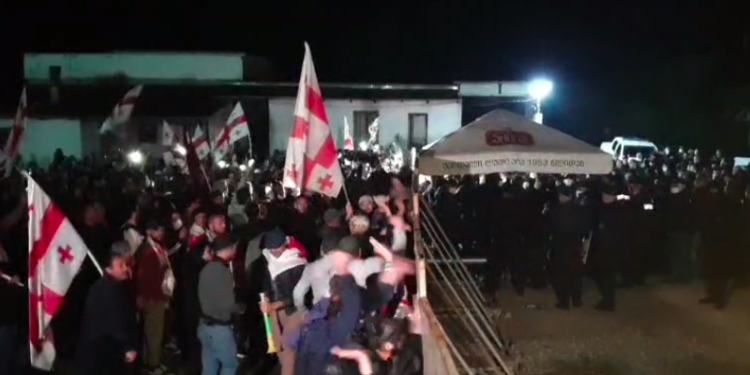 Following a three-day protest in Georgia’s capital Tbilisi, the “Guardians of Rioni Valley” protesting  the construction of Namakhvani HPP near Kutaisi returned to the village of Gumati.

Citizens protesting the construction hitting the iron barricades erected by the police all night long, for 6 hours, and stopped the noise only in the morning.

In turn, the MIA launched an investigation into the fact of “damaging metal barricades set up by police for security reasons.”

“The Imereti, Racha-Lechkhumi and Kvemo Svaneti Police Department of the Ministry of Internal Affairs launched an investigation under article 187 of the Criminal Code of Georgia regarding the case of damaging or destroying other’s property in the village of Gumati.

“Metal barricades set up by police for security reasons near Gumati have been damaged.

“Opponents of Namakhvani hydropower plant construction moved from Tbilisi to Rioni gorge yesterday and continued their protest rally in Gumati. The gathered crowd threw stones and various objects at police security barricades throughout the night. The Ministry of Internal Affairs studies the fact of violation, which will be followed by an appropriate legal response. 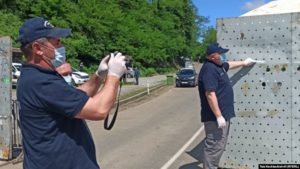 The police have mobilized a water cannon vehicle on the ground.

Earlier, the organizer of the rally, Varlam Goletiani, said that the “guardians” were going to close all the entrances to the valley and restrict the movement and continuation of work for the vehicles of the HPP construction company.

It is unknown at this stage what the protesters will do next.