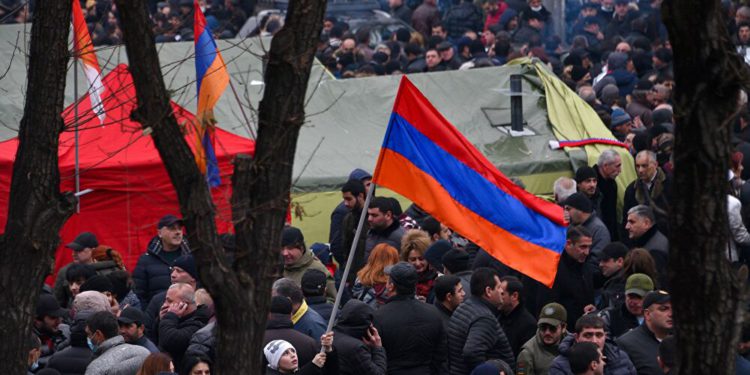 Opposition in Armenia blocking the entrances of Parliament demands the resignation of the Prime Minister Nikol Pashinyan.

The protests are a continuation of months of riots in Armenia following the country’s defeat in the war in Nagorno-Karabakh.

The situation became more tense after the dismissal of the head of the General Staff Onik GasparyanIt. It was Pashynian’s response to the military’s recent statements calling for the PM’s resignation.

Protesters have set up the tents at the entrances to the Parliament and say they will unblock the building only after their demands are met.