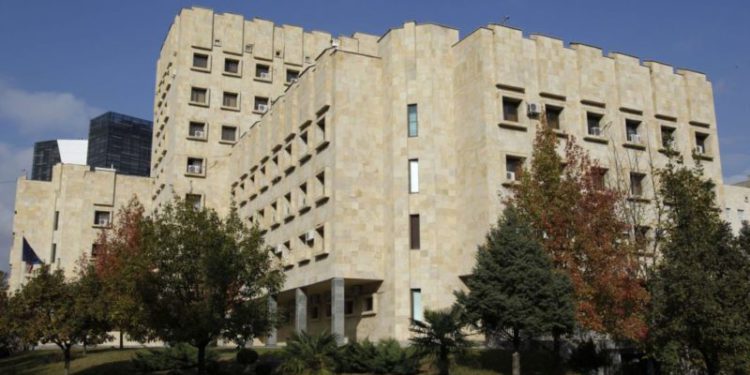 The General Prosecutor’s Office of Georgia is responding to the court’s verdict regarding the case involving Mamuka Khazaradze, Badri Japaridze and Avtandil Tsereteli.

The agency will appeal the decision in the Court of Appeals within the timeframe set by law.

“Tbilisi City Court fully approved the evidence presented by the prosecution and found Mamuka Khazaradze, Badri Japaridze and Avtandil Tsereteli guilty of fraudulent misappropriation of USD 16,664,000 belonging to JSC TBC Bank under Article 180 of the Criminal Code of Georgia. However, the court did not agree with the prosecution’s assessment of the legal classification of the crime committed, which is why the defendants’ actions were classified as fraud.

“As part of the criminal case, each accused was sentenced to 7 years of imprisonment. According to the criminal procedure legislation of Georgia, they have been exempted from serving their sentences due to the expiration of the statute of limitations for criminal prosecution for fraud.

“We would like to remind the public that Mamuka Khazaradze, Badri Japaridze and Avtandil Tsereteli were charged with money laundering under Article 194 of the Criminal Code of Georgia.

“The prosecution will appeal the court’s decision to the Court of Appeals within the timeframe set by law,” the Prosecutor’s Office said in a statement.

For the record, today, January 12, the Tbilisi City Court found TBC Bank co-founders Mamuka Khazaradze and Badri Japaridze and businessman Avtandil Tsereteli guilty and sentenced them to 7 years in prison, however, it exempted them from criminal charges due to the statute of limitations. All three were exempted from imprisonment.