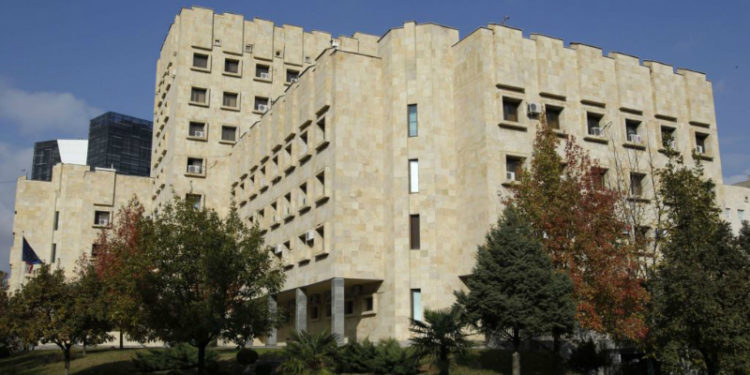 The Prosecutor’s Office of Georgia has charged one person with the murder of his parents committed under aggravating circumstances and illegal possession of a firearm.

An investigation by the Prosecutor’s Office found that D.B. had intended to kill his parents over the years because of a personal conflict and disagreement with them. The agency says he illegally bought a firearm and waited for other family members to leave the house on April 27, after which he shot his sleeping father, Z.B., in the head with a firearm. Then he shot his sleeping mother in the head. As a result of the damage, Z.B. and L.T. Died on the spot.

The prosecution says after the murder, D.B. staged a robbery in the house to erase the traces, after which he started a fire in the apartment to cover up the crime and opened the natural gas tap. Law enforcers arrested D.B. on April 28.

D.B. is charged with Article 236, Parts 3 and 4 of the Criminal Code of Georgia (illegal purchase, storage, carrying of firearms) and Article 109, Part 2 (premeditated murder of two family members). The sentence envisages 16 to 20 years or life imprisonment.

The Prosecutor’s Office will appeal to the Tbilisi City Court with a motion to detain the accused as a measure of restraint.