Private Schooling and the Future of Georgia’s Education System 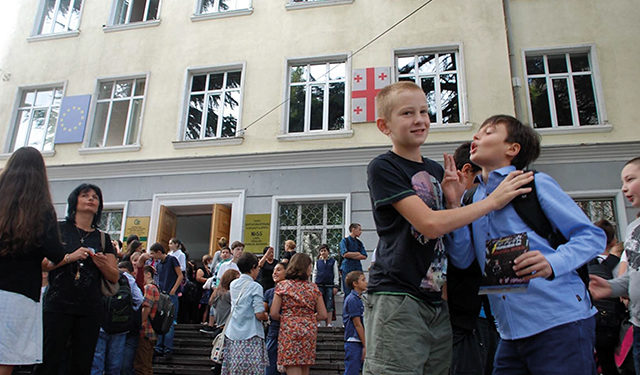 Students and parents exit their school at the end of a school day at a public school in Tbilisi. Photo by Monica Ellena/Eurasianet

Beginning in 1991 with Georgia’s independence, the education environment in the nation has seen prodigious changes in its structure and methodologies. Coming from old Soviet practices, the framework of today’s education and academic model almost mirrors that of European and American institutions that turn out some of the world’s greatest intellectual pioneers. Despite this, there still remains considerable debate about the next steps needed to fill the gaps in Georgian schooling, and what can be done not only to elevate the quality of the education, but to make the accessibility of that new higher standard available to all.

Among these reforms has been the emergence and promulgation of private schools. Widely popular in Europe and the United States, these profit-driven schools operate on a far more business-like model, with the product being a higher-quality education. Georgia’s private schools have also become popular as an alternative to the public sector. A plurality of young parents have opted to pay the tuition in hopes for an education that will see their children go on to European, Asian, or American universities, not only for the quality of education but for the experience of travel and culture.

However, while these schools may offer advanced learning opportunities, they come at a cost that not all families can bear. To cope with this, special vouchers exist to allow parents to choose a private institution for their child. This and other initiatives are rooted in the idea of decentralization and allowing a pseudo-privatization of existing public schools.

The goal in implementing this new model of education is to shift the decision making power centers closer to the end consumers. These consumers, the children and parents, are able to benefit from the closer connection by exercising more control in the parent-teacher associations and trustee organizations. In addition, as actions taken by higher levels of government generally take longer to go into effect, it accelerates the effectiveness of minor local reform motions and corrective actions.

This matter is amplified in importance when looking outside Tbilisi and the other major cities. Rural and mountainous village communities are key examples where this level of autonomy brings the school into a greater cohesive framework with stakeholders in the school. The ability to handle matters at the local level not only makes outside interference less likely but also ensures that the outcomes are directly the product of the community’s desires.

While in many of these remote areas the selection of school is often limited, sometimes to only one school, the control exercised over this institution is greater given the proportionality of the community utilizing that resource.

Returning to Tbilisi and major city centers, the average family is afforded multiple local options for education. Giving these families the resources to choose the right school for them ensures that the school operating on successful principles and structure not only grows, but is given the bandwidth to absorb failing schools.

The voucher program is not new. Georgia implemented the 2005 Law on General Education that allowed for a new voucher program aimed at empowering parents to send their children to the best school in their area. As a part of the decentralization effort, the schools are pressed to not only provide the best educational services and resources but also to become more responsible to the parents than the government education officials.

With many parents lamenting the failure of certain schools, these vouchers give them the power to assist not only their child but the school servicing them as well. Introducing a mechanism of absorption for the successful schools is a complement of this voucher system. In this model, the successful schools can invoke the mechanism when one school gains a marked percentage of attendance and testing scores over another.

The funding of these schools would normally fall under the government expense fund. Yet, this brings about arguably the most controversial prospect in Georgian (or any other national) education; full privatization.

It is not something that is not without its daunting obstacles and monumental structural and even social side effects. However, the prospect of pulling government at least mostly out of the industry of educating the country’s youth can make the aforementioned voucher effort exercise its maximum benefit.

Historically, the largest detraction to the voucher system is the propensity for many families to use this resource towards a private education rather than a public education option. With enough people doing this, the government voucher money is going into the private sector, leaving the public sector more unfunded than it already is. By making all public schools into private (or at least a pseudo-private with public oversight) schools, the funding that would otherwise go to the current public institutions would be reallocated toward the voucher system.

Remodeling the government education office into more of a regulatory body and voucher oversight administer, parents, teachers, principals, and the students themselves are able to become the lifeblood of their own communities’ education system. In addition, the transparency that comes with this model gives the public more confidence in the funding systems behind each school.

Each school’s funding is the function of the number of students attending that school. Whereas vouchers in the public school model were notoriously low (approximately 500 GEL), the removal of much of the original overhead expenses frees this funding to double, triple, or more the voucher value. While in many cases this may cover the operational expenses, such as teachers’ salaries and overheads, some will not make that bar. Outside influences such as alumni donors and foreign investment initiatives may help, but a special assistance package program in the Ministry of Education may need to be in place for these circumstances.

With all this, it seems possible to reform the system for the benefit of the families and children. This is not to forget the teachers that also find themselves as a part of the new reforms. Education for teachers is just as, if not marginally more, important than the education of the children. As they are ostensibly the long term educational resource in the community, ensuring that the education and background of these individuals is of the highest quality is imperative.

With many of the education staff at older or retirement age, their roots go back to a time of exceptional micromanagement. Soviet-era education models were infamously strict in both content and rhetoric. While much of this can be and is currently being rectified (if not already done) by teaching schools, the cultural shift of time may be the only cure for this pre-existing ailment.

And such it is for much of the educational model and its long-term corrective maneuvering. Like so much in society, it is only the slow shift of cultural change and gradual progression that can truly change the institutions inside that society. Education, being more intricately woven into the socio-cultural milieu, is not something that mere pen-and-paper reforms can change. Despite this, it is a broad adjustment that can pay dividends for the parents and students of today, and the social, political, and business leaders of tomorrow. 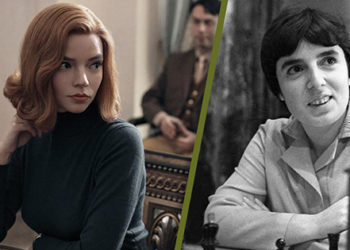