Prison Overcrowding: Anti-torture Committee Calls for a Limit to Number of Prison Inmates 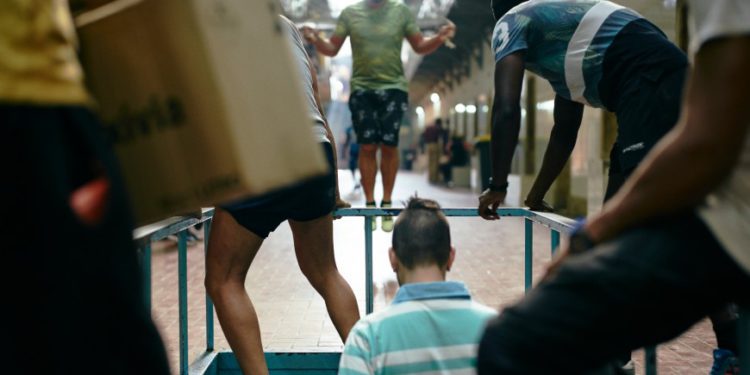 Source of image: The Council of Europe

The Council of Europe’s Committee for the Prevention of Torture (CPT) today called on European states with persistent prison overcrowding to address this problem with determination by setting a maximum threshold to the number of prisoners in every penal institution – to be strictly respected – and by increasing the use of alternative measures to imprisonment.

In its annual report for 2021, the CPT underlines that although, over the years, some countries have achieved tangible progress in tackling prison overcrowding, this problem persists in many prisons systems, especially in establishments accommodating remand prisoners. In addition, even in countries where overcrowding is not a problem in the entire prison system, particular prisons, parts of prisons or cells may be overcrowded.

“Prison overcrowding undermines any efforts to give practical meaning to the prohibition of torture and other forms of ill-treatment since it can result in a violation of human rights. It puts all the prisoners, especially the most vulnerable, and the prison staff at risk and undermines efforts to reintegrate prisoners into society. Governments should ensure that inmates have sufficient space to live with dignity in prison and that non-custodial measures are used adequately while ensuring that the criminal justice system provides appropriate protection to society”, said the CPT President, Alan Mitchell.

The report recalls that prison overcrowding is mainly the result of strict penal policies, often a more frequent and longer use of remand detention, lengthier prison sentences and still limited use of alternative measures to imprisonment.

As a first step, prison administrations should carry out a detailed review of the capacity of each cell, prison and the prison system as a whole, strictly applying the CPT standards concerning the minimum living space offered to each prisoner: at least 4 m² of living space in shared cells and 6m2 in single cells (excluding the sanitary annexes). There should be an absolute upper limit for the number of prisoners for each prison.

The second crucial measure that the CPT recommends is an increased use of alternative measures to imprisonment, such as community service or electronic monitoring systems, complemented by probation officers and rehabilitation programs. The CPT considers that the use of non-custodial measures remains modest in many states, particularly in the pre-trial stage, and does not sufficiently reduce the number of persons in prison. It urges governments to work with legislators, judges, prosecutors, and prison and probation managers to tackle prison overcrowding with concerted action.

In the report, the CPT welcomes the measures taken in many member states to conditionally or temporarily release low-risk prisoners and to reduce resort to pre-trial detention to prevent the spread of Covid-19. The Committee, however, also notes that it has become apparent that some of the arguments put forward by authorities over the years that they were unable to decongest prisons were not always fully sincere.

Finally, the CPT warns that, with the end of the stricter measures to prevent Covid-19, the number of prisoners is increasing again in certain countries, which may result in a larger number of overcrowded prisons in the future.

The European Committee for the Prevention of Torture and Inhuman or Degrading Treatment or Punishment (CPT) visits places of detention in the 47 states parties to the European Convention for the Prevention of Torture in order to assess how persons deprived of their liberty are treated with a view to strengthening, if necessary, the protection of such persons from torture and from inhuman or degrading treatment or punishment. These places include prisons, juvenile detention centres, police stations, holding centres for immigration detainees, psychiatric hospitals and social care homes. After each visit, the CPT transmits a report containing its findings and recommendations to the government concerned.

Following its exclusion as a member from the Council of Europe, the Russian Federation continues to be bound by the Council of Europe conventions open to non-member states to which it is a Party, including the 1987 Convention for the prevention of torture and inhuman or degrading treatment or punishment which established the CPT.

Tags: The Council of Europe
ShareShareTweet