President: When Gov’t Curses Ambassadors, MEPs, it’s Not Clear Where We Are Going To 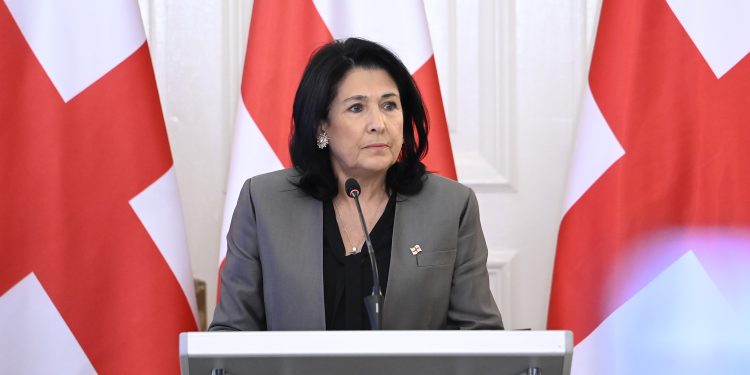 President Salome Zurabishvili claims that neither the Government nor the opposition can understand that the country should be united relating to the issue of the candidate status.

At the same time, the President once again criticized the Government for not “overcoming” the problem caused by the frequent arrivals of the opposition in Brussels.

“They had to overcome it by working harder – by going to all the capitals more often. At that moment, I don’t remember the date, but I offered the Minister of Foreign Affairs (since no one else talks to me anymore) to divide the capitals and go to each place to get information about their approach to granting us candidate status. I have not received an answer. Then some people started going separately. This needs strategy. We should be all together and I couldn’t explain this to anyone – even the opposition doesn’t understand that their statements are damaging the country’s reputation, but the Government’s statements are also damaging the country’s reputation and even more so, as today the Government is responsible and has leverages and when it curses the ambassadors, the MEPs, it is not clear where we are going to. We are more careful with Russia than ever, trying not offend it”, said the President.

Zurabishvili noted the fact that the name and surname of Bidzina Ivanishvili was written in the European Parliament’s resolution in the context of the problem of oligarchization is “purely the fault of the ruling team”.