President : “What Happened in Orbeliani Palace Was Not Well Thought Out” 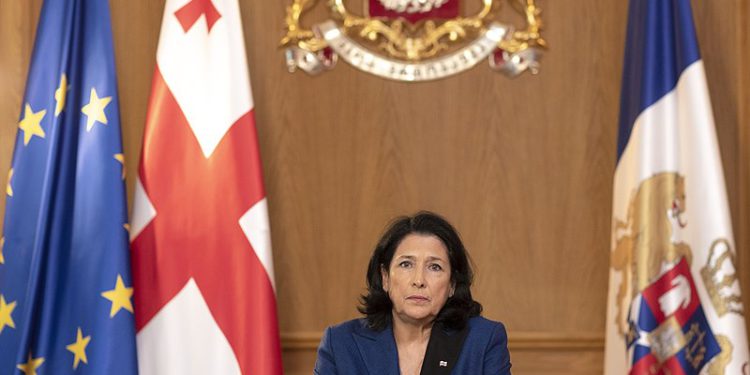 The President of Georgia, Salome Zurabishvili, made a statement about the opposition and Prime Minister’s meeting, held on March 1, mediated by the President of the European Council, Charles Michel. The President noted that the meeting was fruitful, but added that what happened at Orbeliani Palace was not well thought out.

“With Michel’s engaging in the crisis of a country, and easing it, the European Union has shown us that Europe is not apart from this region and country, but on the contrary, that Georgia’s democracy, stability, and development are as important to Europe as ever.

“Against this background, [Tuesday’s] reactions are surprising, starting with the question as to where the president was, ending with picketing and new arrests.

“Do we not really understand the scale of the statement made [Monday], the level of support that was expressed, and that this attitude requires us to respond, that is, to take responsibility. We are expected to have more consistency, more constructiveness, more state approach, or true patriotism,” the President said.