President of Georgia: Russia Won’t Invade Georgia Now, but We have to Be Careful 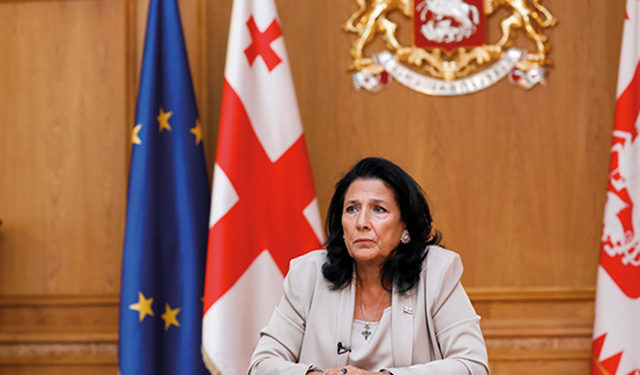 President of Georgia, Salome Zurabishvili, stated on the BBC program HARDtalk that Georgia has lived for many years under the conditions of invasion from different empires, and had to resist all of them.

The president was asked if there is a possibility of Russia’s invading Georgia, to which she replied: “I don’t think so. Georgia does not have an army like Ukraine, it does not have as much territory and military resources as Ukraine. Despite all this, Russia knows the ability of individual Georgians to resist such an occupation. With all this in mind, I don’t think Russia will invade Georgia now, but we are already seeing the humiliation of Russia and the fact that they are losing this war, in many ways. They made a lot of miscalculations, and maybe, at some point in time, for internal reasons, Russia will be tempted to score points in Georgia, where it is easier. Therefore, we must be very careful, but at the same time, this must not be reflected in our actions, our words, or our European orientation.”