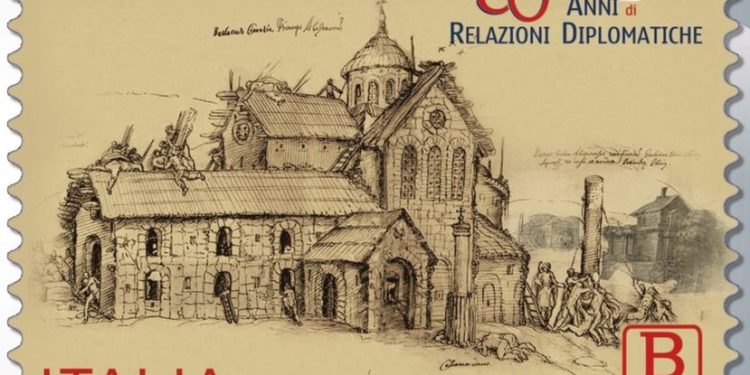 The Ministry of Italian Enterprises and Products issued a commemorative postage stamp dedicated to the 30th anniversary of diplomatic relations between Italy and Georgia.

A postage stamp printed by the Italian State Mint and Polygraphic Institute (circulation: 350,010 pieces, value at “B” rate: 2.40 euros) shows the Cathedral of Bichvinta painted by the Italian monk, Cristoforo Castelli. The painting is kept in the Municipal Library of Palermo Leonardo Sciascia.

It is no coincidence that the choice stopped on one of the paintings of Cristoforo Castelli, which he created during his almost twenty-five years of living in Georgia in the 17th century – this choice indicates both the intensity and depth of the historical ties between the two countries, as well as the contribution of Italians to the European cultural family in Georgia in getting to know each other better.

“The thirtieth anniversary of the restoration of diplomatic relations between Italy and Georgia is celebrated against the background of excellent relations in the political, economic, social and cultural spheres and is a good opportunity to look back not only at the path we have traveled together over the last three decades, but also at the centuries-old tradition of friendship and mutual cooperation between the two countries,” stated the Embassy of Italy in Georgia. 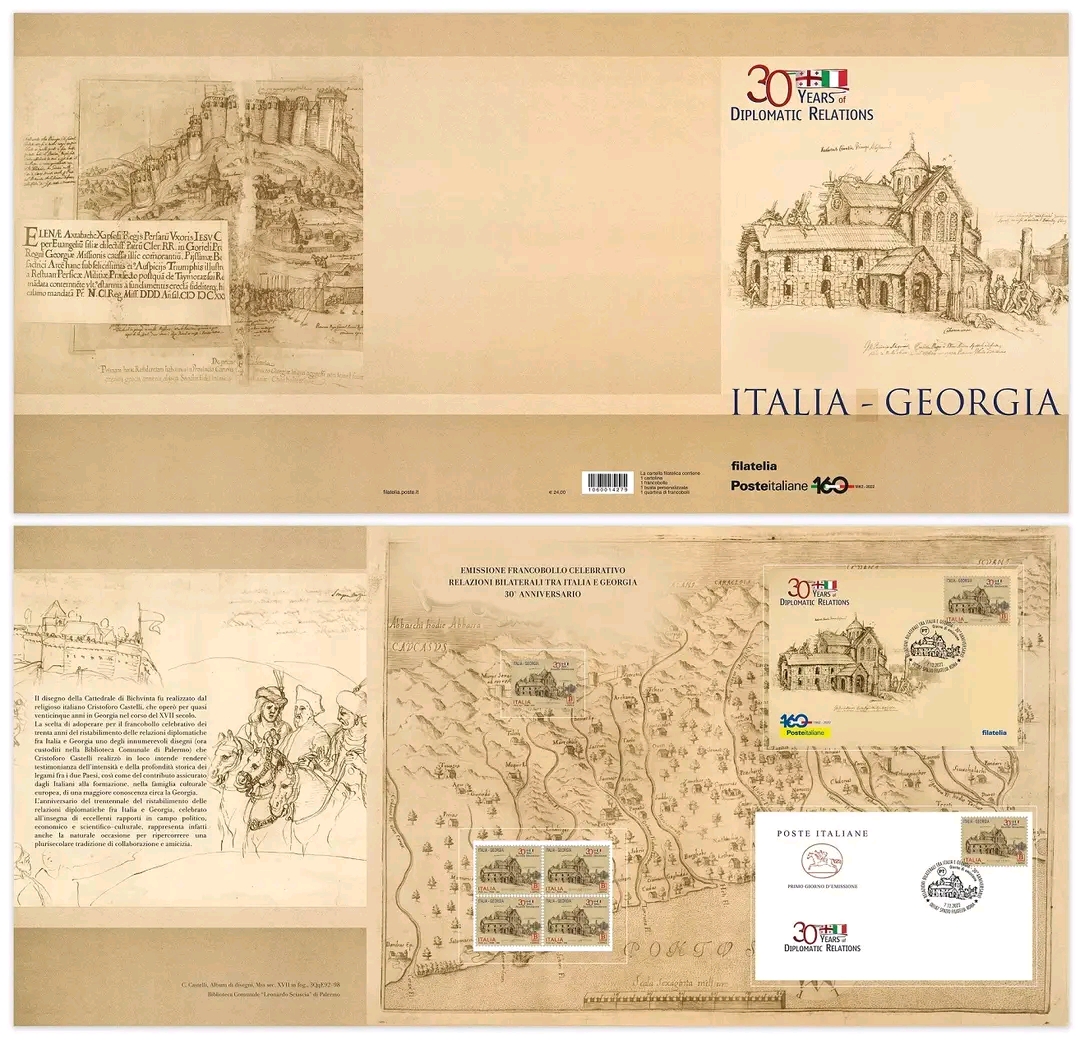 At the end of December, the Post Office of Georgia will issue a postage stamp dedicated to the 30th anniversary of diplomatic relations between Italy and Georgia, on which the same painting by Cristoforo Castelli will be depicted. The presentation of both postage stamps released simultaneously will take place on December 27, 2022 in Tbilisi.