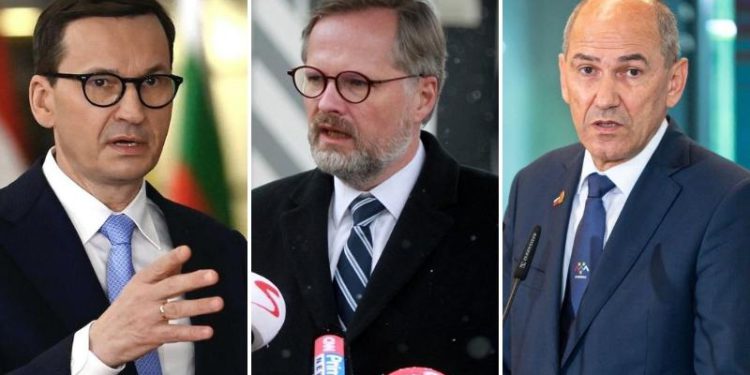 The prime minsters of Poland, Slovenia and the Czech Republic have departed on a train bound for Kyiv to meet with Ukrainian President Volodymyr Zelensky and Prime Minister Denys Shmyhal.

The train with the leaders on board departed before 9 a.m. local time, the head of the chancellery of the Prime Minister of Poland, Michal Dworczyk, said Tuesday. The train took off from Poland.

The purpose of the visit is “to confirm the unequivocal support of the entire European Union for the sovereignty and independence of Ukraine and to present a broad package of support for the Ukrainian state and society,” a government spokesperson said.

“They said the trip had been organized in agreement with European Council President Charles Michel and European Commission President Ursula von der Leyen, and added that the international community would be informed about the delegation visit through international organizations, including the United Nations,” reports CNN.