PM: Our Government is Mobilized to Meet All Conditions Set by EU in a Timely Manner 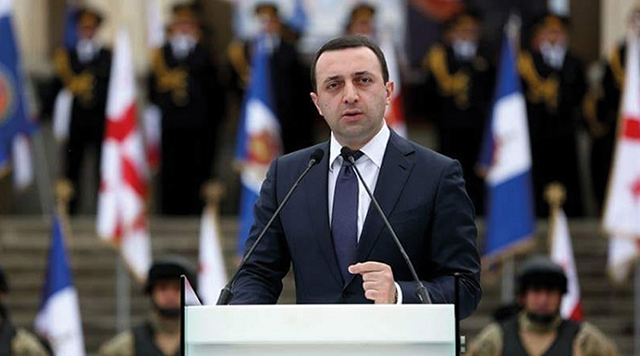 The European Council decided to recognize the European perspective of Georgia and is ready to grant candidate status once the outstanding priorities are addressed, – Charles Michel, President of the European Council, wrote, congratulating the Georgian people on the “historic moment.”

“A historic moment in EU-Georgia relations: Georgia’s future lies within the EU,” he wrote on Twitter.

He further expressed readiness to engage in constructive dialogue with other political parties in Georgia.
“I want to call on the opposition to put the interests of our people first and fulfill this first condition together – to end polarization,” he said.

“We will fulfill all the conditions that are to be met by the ruling force in a very short time. The first condition and priority, which is in the interests of our people, is to have peace in the country and not to hear endless insults thrown about. Here it is half our responsibility and half the responsibility of the opposition. We cannot fulfill this promise without them; we have always declared our readiness to engage in constructive dialogue. I would like to call on the opposition to put the interests of our people at the forefront and together fulfill this first condition – the end of polarization, which is a matter of great concern to our partners,” Garibashvili said.

Ukraine and Georgia Together, Always – Zelensky Addresses Those Gathered at Rally
On June 24, the rally ‘Home to Europe’ was organized by the Shame Movement and other civil organizations on Rustaveli Avenue.

The gathered people waved the flags of Georgia and the European Union, and the anthems of both were sung.

Ukrainian President Volodymyr Zelensky addressed those gathered at the rally.

“Hello, Georgia! I want everyone to understand that today we are free people and free countries, and this is forever.

“I am grateful to the children of Georgia who are fighting against Russia together with our fighters. Their success is our common success. Their wound is our wound. Our victory will be the victory of each of them, as well as each of you.

“We will never give up, because Donbas and Crimea are our lands, just as Abkhazia and South Ossetia are yours. If anyone wants to forget this, if anyone wants to erase it, I will remind you that we will be with you. Ukraine received the status of a candidate for EU membership, you are on this path, walk, we will help you. Ukraine and Georgia together, always, glory Georgia, glory Ukraine!” Zelensky told the crowd.

International Reactions
MEP Viola von Cramon responded to Georgia’s being given European perspective and expressed hopes that Georgia will receive the status of EU candidate in six months.

“I hope to be celebrating the candidacy of Georgia 6 months from now. For that, the Government of Georgia needs to start delivering. The EU instructions are crystal clear. Georgian Dream, the ball is in your court,” the MEP tweeted.

French President Emmanuel Macron claimed that it was “a historic day.”

“I think this is a historic day, as the perspective of Georgia’s membership has been recognized. The Commission has clearly set the conditions for Georgia to become a candidate country. We have all seen the will of the President, the very clear message that she sent, and the will of the people who came out in the street, which called for more Europe,” Macron said, adding that the above will serve as the basis for the implementation of reforms that should be carried out.

“Now the European path for Georgia is perfectly landmarked. You know what, how, and when. We are ready to work together, to support Georgian society, to use this important opportunity to build its European future,” Borrell said.

European Parliament President Roberta Metsola said she believes “the people of Ukraine, Moldova, and Georgia look to Europe as their home, their destination, because their values are our values: freedom, democracy, and justice.”

Commissioner for Neighborhood and Enlargement, Oliver Varhelyi, also welcomed the European Council decision granting Ukraine and Moldova candidate status and the readiness to grant candidate status to Georgia once the priorities are addressed.

“We will continue supporting Ukraine, Moldova, and Georgia on their European path,” he pledged.

She noted that the people of Georgia want these reforms to move through quickly so that Georgia can be ready for European Union membership status.

“The United States stands ready and willing to help in any way with this process. The next six months will be an important opportunity to get started. There’s no time to waste and there are many stakeholders: the people, civil society, opposition parties, and some members of the government as well, who are standing ready to get started on these recommendations. Everyone wants to see a very positive report for Georgia by the end of the year, before that, if possible, but by December most certainly,” he added.