PM: Our Common Goal should be Having Strong Diaspora Everywhere 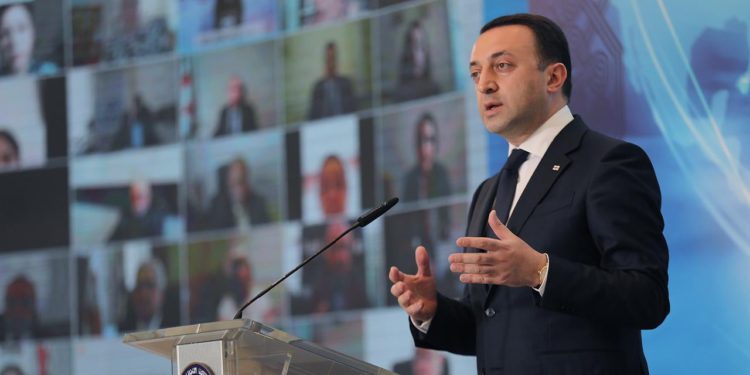 “Historically, the role of the diaspora was always standing out in the development of the country,” announced Irakli Garibashvili, Prime Minister of Georgia at an online forum branded as Strong Diaspora for Unified Georgia dedicated to the Day of Diaspora.

He noted that it should be a common goal to have a strong diaspora throughout the world, which will ultimately translate into a strong Georgia.

“It is my great honor to address you today. I congratulate you all once again on the Independence Day of Georgia along with a Day of Diaspora. We may talk a lot about the role played by the diaspora in the development of our country. The title of the forum today is very symbolic, as it is our common goal, shared hope and dream to have a strong diaspora everywhere in the world, which will ultimately translate into a strong Georgia. We may recall a great number of cases, when prominent representatives of our diaspora made a tremendous contribution to the development of our country, as well as in the progress and development of countries of their residence. We should once again recall Gen. Giorgi Kvinitadze with great respect and honor, who was an incredible representative of Georgians in immigration. He not only served his homeland when living in Georgia, but nurtured the idea of freedom and our European future in difficult and dramatic years of his immigration.

“I also wish to note that our President Salome Zurabishvili, who was born and raised in immigration, returned to Georgia and it is so symbolic that she is now president of our country,” stated the Prime Minister of Georgia. 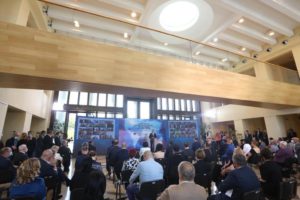 He noted that representatives of the diaspora have made an immense contribution in the development of our country shaping into a modern Georgia.

“I cannot help acknowledging the role and merit of Mr. Bidzina Ivanishvili, who also represented the Georgian diaspora and spent a great number of years in immigration. You are all well aware that he later returned to Georgia some 20 years ago and played a huge role by making a tremendous contribution in the development of our country. It should be noted once again with great appreciation and sincerity.

“If we look into historic records and zoom on the life and work of great Georgians, a few names may vividly surface – Alexander Kartveli, one of the greatest inventors in the history of aviation and one of the leading figures in US aircraft manufacturing; George Balanchine, great choreographer and founder of the American classical ballet; Constantine Sidamon-Eristavi – Deputy Mayor of New York, who played a major role in the management and development of one of the largest cities in the world; John Malkhaz-Shalikashvili, a prominent military figure, the first foreign-born man to reach the highest rank and lead the Joint Chiefs of Staff in the US Armed Forces. Even today, many of our compatriots living and working at leading scientific and educational centers overseas have creative or sports achievements and serve the advancement not only in their field of occupation, but act as the best ambassadors of our country,” stated the Head of Government of Georgia.

He noted that the reputation built by our compatriots is the greatest overseas asset of our country.

“In a modern world, when Diasporas carry a special mission, all the accumulated knowledge, reputation and network of the diaspora may be used for the advancement of socio-economic, cultural, political process in Georgia. At the same time, they have a unique opportunity to promote Georgia internationally and advance its positive image throughout the world,” he said.

Garibashvili added that one of the key priorities of the national authorities is obvious from the title of the forum held today. We aim to establish strong diaspora centers throughout the world.

“It will be one of the key areas of my focus and we will provide maximum support to the establishment of strong diaspora centers in over 50 countries of the world. I wish to note the role of our church played in overseas congregations as it unites Georgian individuals living in foreign countries.

“Meanwhile, we have considered a number of legislative amendments. First time ever in the history of constitutionalism of Georgia, we promulgated a special provision in our Constitution to make the state responsible for maintaining and developing links with compatriots living overseas. Also, prohibition of dual citizenship was deleted from the Constitution as it was a hampering bottleneck for our diaspora,” concluded the Prime Minister of Georgia.